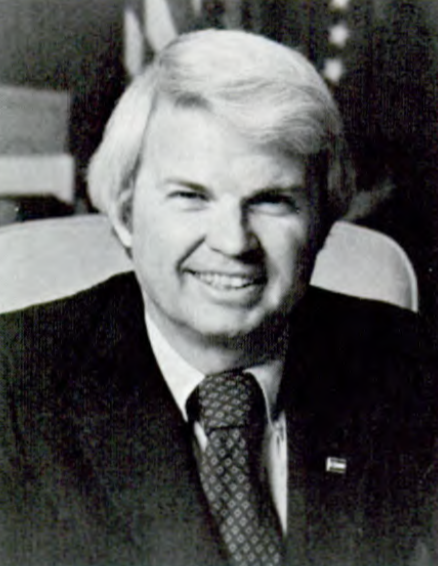 Last week came the news that former Colorado governor Richard Lamm passed away. He would have turned 86 on August 3. Lamm served three terms as Colorado governor, from January 1975 to January 1987. Previously, he served in the Colorado House of Representatives from 1967 to 1974. Lamm is perhaps best remembered for his interest in protecting Colorado’s environment, particularly through his opposition to the state’s hosting the 1976 summer Olympics.

The State Publications Library was established in 1980, during Lamm’s governorship, and as a result the library holds numerous publications from his time in office. These include his Executive Orders, transcripts of his State of the State speeches, and reports from the various committees, commissions, and task forces set up by his administration. Also available from the library are reports that outlined the administration’s work and priorities, such as Organization and Direction of the Lamm Administration (1978) and The Lamm Administration: A Retrospective (1986, available for checkout). Lamm was himself a writer, and some of his writings are also available from the library including Cooperative Strategies for the Developing West; Copernican Politics; and The Price of Modern Medicine.

To locate publications by and about Governor Lamm, search the State Publications Library’s online catalog. Documents can be viewed in the library or checked out through Prospector. In addition, the library has digitized a number of the administration’s publications and made them available online, including: