You may be surprised that Colorado has fourteen very different species of owls. They can be found in all parts of the state, in all of the state’s ecosystems. Each species has its own unique traits, with significant differences in size, appearance, habitat, diet, vocalization, and behavior. 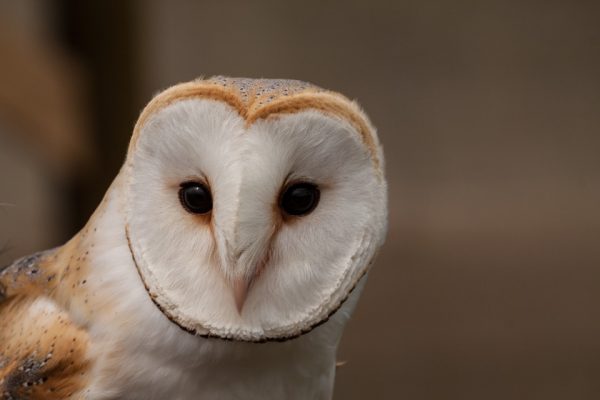 Barn Owls are Colorado’s only owls from the Tytonidae family – all of the others are of the family Strigidae, sometimes known as “true owls.” What makes barn owls different? The main reason is that they have distinctive heart-shaped faces that differ from the rounder face shapes of the true owls. Unlike true owls, Barn Owls also have distinctive downward-facing bills that resemble noses. They get their name from their habit of making their nests in barns, attics, and abandoned buildings. 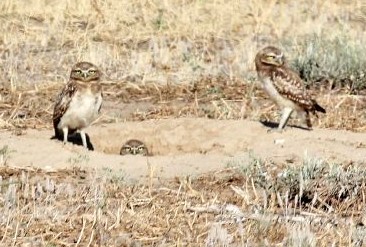 Burrowing Owls are a threatened species in Colorado. This is because they live in prairie dog towns, which are rapidly disappearing. The owls typically make their homes in abandoned prairie dog burrows; however, they can dig their own burrows if ready-made ones aren’t available. Burrowing Owls mostly feed on insects, which they catch with their feet. These owls are one of the few that are diurnal (active during the day) while most other owl species are nocturnal. Most common on the Eastern plains, Burrowing Owls are a ground-dwelling species, so you won’t see them in trees. Burrowing Owls nest in Colorado, but move to Mexico and the southwestern U.S. in the winter. More about Burrowing Owls can be found in the July/August 2017 and September/October 2018 issues of Colorado Outdoors. Information about Burrowing Owl conservation efforts can be found in Conservation Plan for Grassland Species in Colorado and Recommended Survey Protocol and Actions to Protect Nesting Burrowing Owls.

These are Colorado’s smallest owls, measuring only about 6-7 inches. They live in the mountains of Colorado from about April to October, then winter in Mexico and Central America. They are nocturnal and perch close to tree trunks to blend in, so they are one of the more difficult owls to spot. They feed primarily on tree insects. 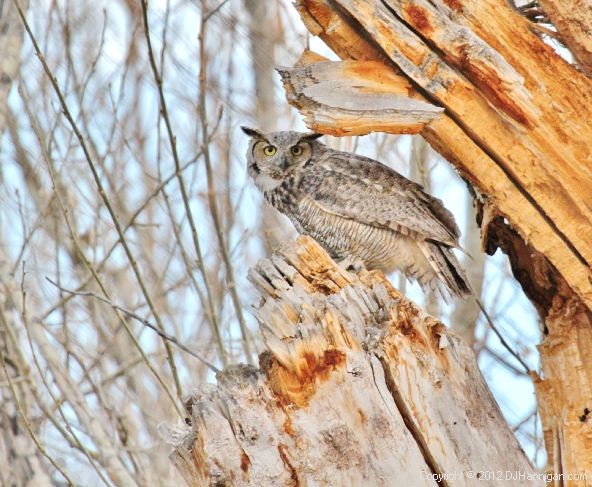 This is the most common species of owl in Colorado, as well as the largest, with wingspans nearly five feet long. Colorado Parks and Wildlife says that Great Horned Owls have been documented in every Colorado State Park. Despite their name, Great Horned Owls don’t have horns. Instead, what look like horns are actually tufts of feathers called plumicorns. Great Horned Owls have special filaments on their wing feathers, allowing them to fly silently and sneak up on their prey. They also have amazing eyesight, with the ability to see in the dark 100 times better than humans. Their eyes don’t move in their sockets, so instead they are able to rotate their head 270 degrees. They also have exceptional hearing. Great Horned Owls can live for over twenty years. They feed on large prey that can include skunks, rabbits, squirrels, other large birds like hawks and waterfowl, and even small domestic animals — so make sure your pets are safely indoors after dusk.

Like Flammulated Owls, this is another very small species of owl. One of their distinctive features are two dark eye spots on the back of their head. They live in the foothills and mountains of Colorado, nesting in abandoned woodpecker holes. Only active during the daytime, they typically feed on small birds and mammals. Males have a distinctive rhythmic call. To learn more, see the article “Northern Pygmy-Owl: The Forest Gnome,” in the March/April 2014 issue of Colorado Outdoors. 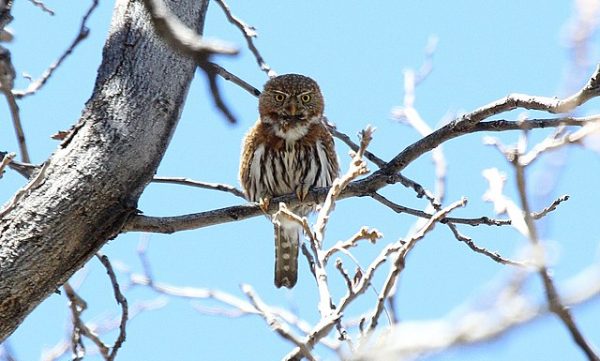 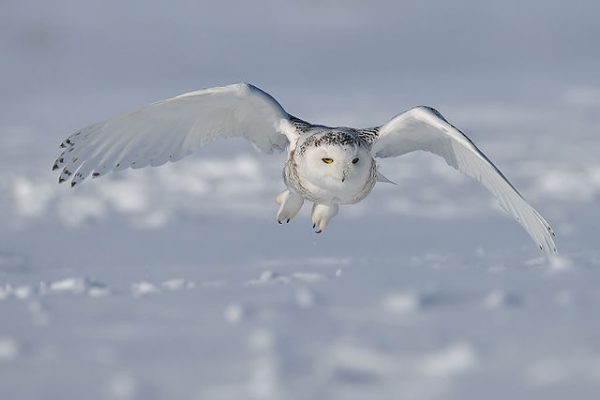 With their white plumage, Snowy Owls are among the most distinctive owls found in Colorado. They typically live in Canada, Alaska, and the Arctic Tundra, only occasionally visiting Colorado and nearby states if there is a lack of food in their regular habitat. During the winter of 2017-18, a Snowy Owl was spotted in Westminster. 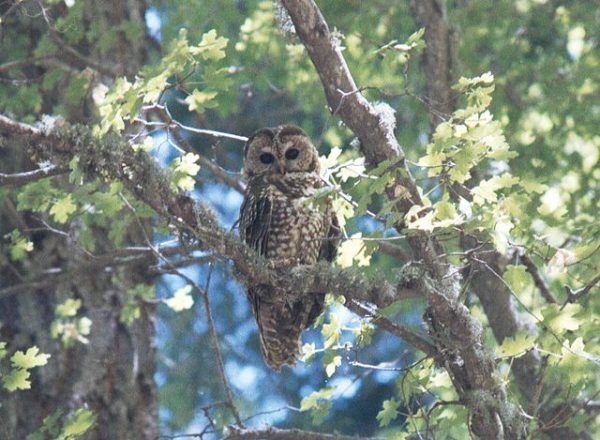 There are three sub-species of Spotted Owl. One of these, the Mexican Spotted Owl, can be found in Colorado, although it is one of the most rarely seen owls in our state. They live in forests and canyon areas, making their nests on cliff ledges and canyon walls. Mexican Spotted Owls are on both the Federal and State lists of threatened/endangered species.

Northern Saw-whet Owls live in the mountains of Colorado. They have reddish-brown plumage with yellow eyes, and get their name from their distinctive call which sounds like a saw blade being sharpened. 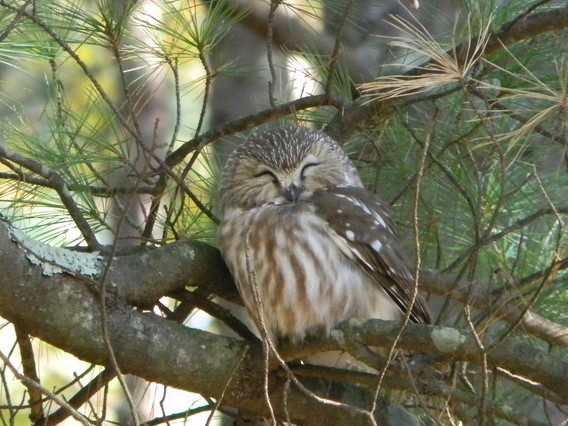 Long-eared Owls have ear tufts similar to Great Horned Owls, but their bodies are smaller. They also have round faces and large eyes, which gives them what can look like a surprised expression. The male’s hoot can be heard for half a mile. They can be found on the Western Slope all year, and in other parts of Colorado during the winter. 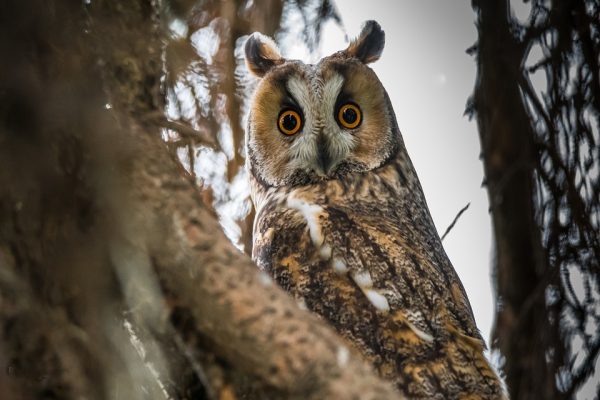 Short-eared Owls lack the ear tufts and can be easily distinguished by their ringed faces. Most active at dawn and dusk, they can be found throughout Colorado during the winter, but in the warmer months they move to Canada and the northern U.S. to breed. 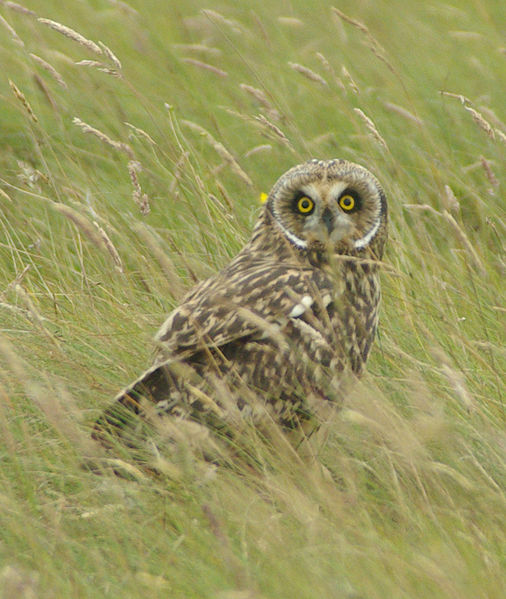 Barred Owls are one of the larger owl species. More common to the eastern U.S., they are rarely seen in Colorado and have only been sighted in the far southeastern corner of the state, near the Oklahoma panhandle. 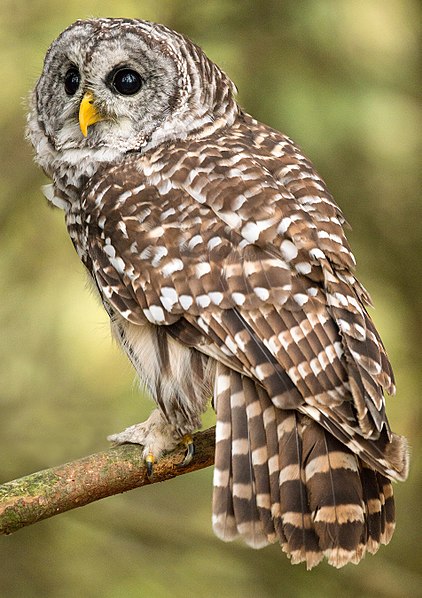 Boreal Owls have squarish faces and bright yellow eyes. Female Boreal Owls are nearly twice the size of males, the largest size difference of any American owl. They can be found in the central mountains year-round. 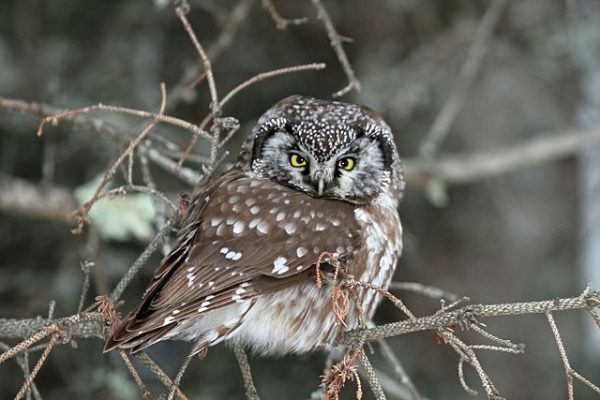 You can learn more about owls in a variety of publications available from our library. Issues of Colorado Outdoors are available for checkout and can be requested on Prospector. Two issues of Colorado’s Wildlife Company also explore owls — The Little Owls looks at Colorado’s smaller owl species, while a Parliament of Owls gives a general overview of Colorado’s owls and their traits. The Colorado Birding Trail website is a great way to find out where to look for owls. They also have a series of guidebooks which can be checked out from our library. Birds of the Rocky Mountains and The Second Colorado Breeding Bird Atlas are other useful guides. Wildlife in Danger profiles the threats to Mexican Spotted Owls and Burrowing Owls. For more publications on Colorado’s birds and other wildlife, search our online catalog.