Colorado has an amazing array of wildlife – birds, fish, reptiles and amphibians, and mammals large and small. If you live in urban areas, small mammals are some of the most common wildlife you will encounter. Even more species of small mammals can be found in mountainous areas, on the grasslands, or near rivers and streams. Some species are quite common; others are threatened or endangered. Here’s the final post in a series taking a look at some of the different varieties of small mammals that can be found in Colorado, and resources from our library and the State of Colorado that you can use to learn more.

Earlier in our series we looked at rodents, lagomorphs (rabbits, hares, and pikas), and mustelids (weasels, otters, and relatives). Now we conclude with a look at some of the other interesting, and perhaps surprising, species of small mammals found in Colorado. 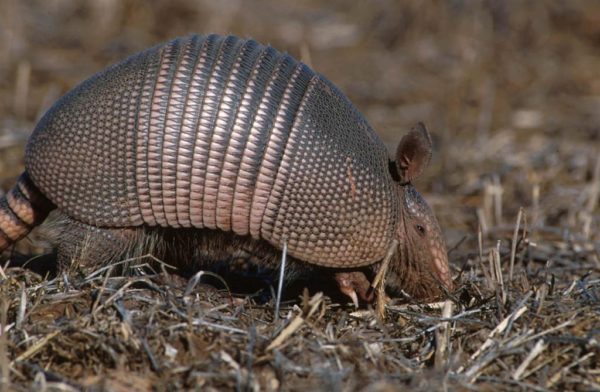 Not all mammals have fur! The leathery, bony, well-armored armadillo is in fact a mammal, and you might be surprised to learn that they have been spotted in Colorado. They’re not natives, but there have been a couple of recent sightings in the eastern part of the state. CPW expects their numbers to increase. “Armadillos are not only interesting, but their increasing range may also be a telltale sign of a warming climate.” If you spot an armadillo, report the sighting to CPW. Their habitat includes woodlands and riparian areas, where they dig burrows. Armadillos are omnivores who snack on fruits, eggs, insects, and carrion.

Currently there are eighteen known species of bats in Colorado. The various species can be found in every part of the state; many live in caves or abandoned mines, while others roost in trees. Bats primarily feed on insects as well as flower nectar, making them important pollinators. One species, the Townsend’s Big-Eared Bat, is considered a “species of concern” by the State of Colorado. Bat populations are undergoing studies to detect threats from habitat loss as well as from disease. Although White-Nose Syndrome hasn’t yet been detected in Colorado, it is quickly spreading across the country. Colorado Parks and Wildlife (CPW) has issued a response plan as well as a new surveillance report released in 2019. For more on Colorado’s bats, including some cool videos, check out CPW’s bat webpage. 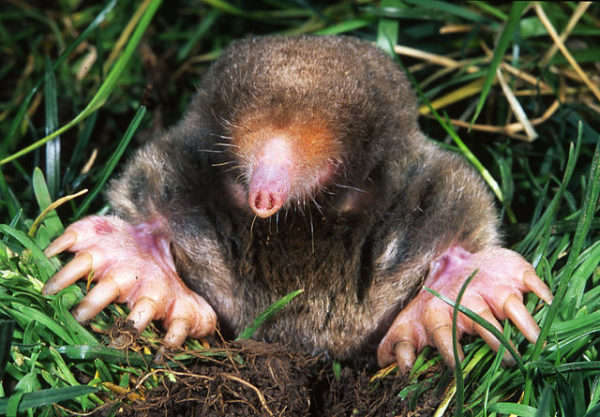 Colorado only has one species of mole, the Eastern Mole, and it is found on the eastern plains. Also sometimes known as common moles, they are members of the Talpidae family. They have greyish fur with large, hairless front feet meant for digging and burrowing. Eastern moles mainly live underground, so have little need for sight – they are essentially blind, the extent of their vision being only to distinguish light from dark. They have good hearing (despite tiny ears) and a very acute sense of smell, using their large snouts to probe in the dark. Their diet consists mostly of insects and earthworms. 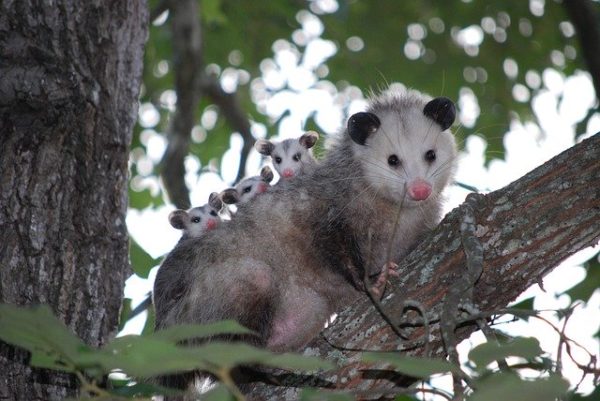 This non-native species was introduced onto Colorado’s eastern plains in the early 1900s. Members of the Didelphidae family, opossums are marsupials, meaning they carry their young in a pouch. Opossum mothers can have a litter of up to thirteen babies, which stay in the pouch for about three months. They become fully mature at about eight months. Opossums are omnivores and are active at night. Expert tree climbers, they can be found in the the riparian woodland areas of Eastern Colorado. 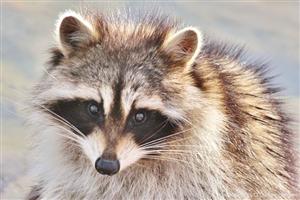 With a reputation as sneaky thieves, raccoons are common in urban areas. They are nocturnal, so you won’t see them during the day. But if you find your garbage cans have been raided during the night, raccoons might be to blame. Raccoons often live in places like storm sewers, but they would rather live in your house — so CPW recommends screening chimneys, repairing attic holes, and locking pet doors at night. Be careful near abandoned structures, too, as raccoons will often choose these places to nest. It’s also important to keep your pets away from raccoons, as they often carry rabies and dangerous parasites.

Despite sometimes being called “ringtail cats,” ringtails aren’t felines at all. Rather, they’re relatives of the raccoon. Ringtails, however, are much smaller than raccoons and only weigh around two pounds. Their most distinctive feature is – you guessed it – their long, ringed tail, which can measure more than a foot in length. Here in Colorado ringtails are most often found in desert areas, especially in the southwest and western slope; however, a few have been recorded in the Front Range foothills. Ringtails are carnivores, feeding on small rodents, birds, and insects.

Shrews, like moles, are members of the order Eulipotyphla. Shrews are more common in Colorado than moles, but since they live underground, they are rarely seen. Colorado has nine species of shrews. These tiny animals are only a few inches long and weigh less than an ounce. Like moles, shrews live underground so have tiny eyes and ears, and use their snouts for probing. They have very high metabolic rates, with as many as 1,300 heartbeats per minute, similar to a hummingbird! They feed mostly on insects but will also sometimes eat mice.

CPW has described an interesting defense mechanism employed by these unusual mammals: “Shrews have been observed performing what might be called a shrew conga line. A family of mother and young will fall into line one behind the other, the first young grasping the fur around the mother’s tail, the next grabbing the rear of the first baby and on down the line. The line then snakes its way through the undergrowth. By mimicking the movement of a snake, this may be a protective behavior that gives the family of tiny shrews some safety from predators.” Shrews also emit an unpleasant odor that repels many predators. Their main predators are owls, who don’t seem to mind the smell.

Our library collection includes hundreds of publications on Colorado wildlife, with resources for everyone from kids to scientists. Here are some recommended titles that offer more information on Colorado’s incredible variety of small mammals. Titles without hyperlinks can be checked out from the library directly or through Prospector.