Colorado has an amazing array of wildlife – birds, fish, reptiles and amphibians, and mammals large and small. If you live in urban areas, small mammals are some of the most common wildlife you will encounter. Even more species of small mammals can be found in mountainous areas, on the grasslands, or near rivers and streams. Some species are quite common; others are threatened or endangered. Here’s the third in a series taking a look at some of the different varieties of small mammals that can be found in Colorado, and resources from our library and the State of Colorado that you can use to learn more.

So far in our series we’ve explored Colorado’s rodents and lagomorphs (rabbits, hares, and pikas). Now we turn to mustelids, which include weasels, otters, badgers, and other relatives. Most Mustelids have powerful claws; long, squat bodies; and musky scent glands. Often mistaken for rodents, Mustelids in fact belong to the order Carnivora. Colorado is home to several species in the Mustelid family, which have primarily been grouped into subfamilies, including Lutrinae (otters), Taxidiinae (American badgers), and Mustelinae (weasels, ferrets, and wolverines). Many of these species are threatened, endangered, or otherwise imperiled in our state. 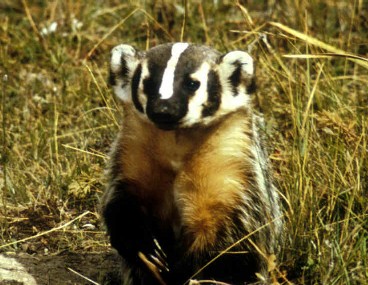 The badger is a burrowing Mustelid that uses its large front paws for digging. They are sometimes hunted for their thick fur, which is primarily brown with a whitish belly and black-and-white striped face. Badgers eat a variety of small mammals, birds, and insects and are known as having a “generally unpleasant disposition.” Badgers are fairly common and are not listed as threatened or endangered. 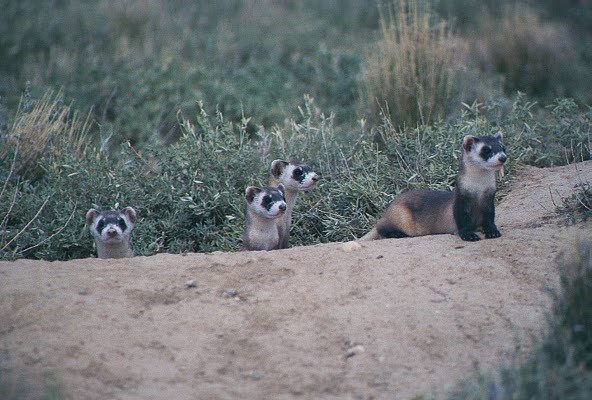 The black-footed ferret, North America’s only native ferret species, is listed as federally endangered. The ferrets had completely disappeared from Colorado by the 1950s, but the state began reintroduction efforts in the early 2000s. Colorado Parks and Wildlife (CPW) submits an annual report to the State Legislature on the status of black-footed ferret reintroduction. It is a continuing effort because ferrets’ main prey is prairie dogs, so as the prairie dogs disappear, so do the ferrets. Black-footed ferrets are also endangered due to habitat loss, vehicle collisions, predation, and disease.

These similar-looking species of weasels are commonly hunted for their fur. Mink live in wetland areas, often taking over the burrows of muskrats, which are among their main sources of prey. Marten, on the other hand, dwell in trees in coniferous forests. They primarily feed on birds and small rodents. Ermine, also known as short-tailed weasels, live in the alpine tundra. To aid in camouflage, ermines’ fur changes from brown in summer to white in winter. Colorado is also home to the long-tailed weasel, which closely resembles the ermine but is about twice its length. Long-tailed weasels also turn white in winter. 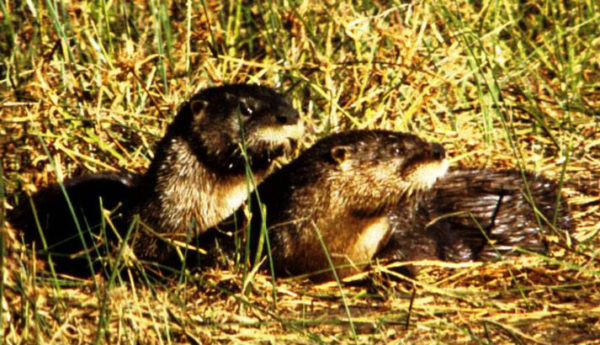 The river otter is considered a threatened species in Colorado, and sightings are rare. As suggested by their name, river otters dwell in riparian areas, and their diet consists mostly of fish. Since otters spend much of their time in the water, they have webbed toes, water-resistant fur, and tails that aid in swimming. They are often confused with mink, since both are found in wetlands. However, mink are smaller and thinner than river otters; also, river otters have rounded faces while mink have pointed noses. River otters are listed as threatened in Colorado. In the nineteenth century river otters were much more numerous, but their numbers were significantly reduced by trapping and water pollution. For information on what Colorado is doing to protect river otters, see the State’s river otter recovery plan. 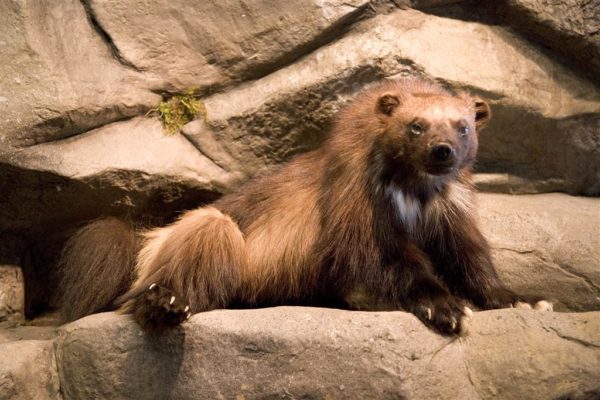 The largest Mustelid species is the wolverine, which lives high up in the alpine tundra, hiding among rocks and boulders. Sightings are rare; in fact, a wolverine that wandered down from Wyoming’s Grand Teton area in 2009 was the first confirmed sighting in Colorado since 1919! Wolverines range over territories that can be as large as 200 miles wide. They both hunt and scavenge, feeding mainly on fish, rodents, birds, and reptiles. Colorado Parks & Wildlife’s Wolverine Identification Guide explains how to distinguish a wolverine from similar-looking species; for instance, wolverines’ faces have some resemblance to bears, but they are much smaller than bears and have longer tails. Additional information on wolverine habitat and life-cycles can be found in CPW’s Wolverines fact sheet. A proposal to list wolverines as federally threatened was withdrawn in 2014; however, they are on Colorado’s endangered species list. Wolverines are one of only two Mustelids, along with black-footed ferrets, listed as a “tier 1” species in Colorado’s State Wildlife Action Plan. Tier 1 species are “of highest conservation priority in the state.” CPW has also participated in studies to determine the feasibility of wolverine restoration. 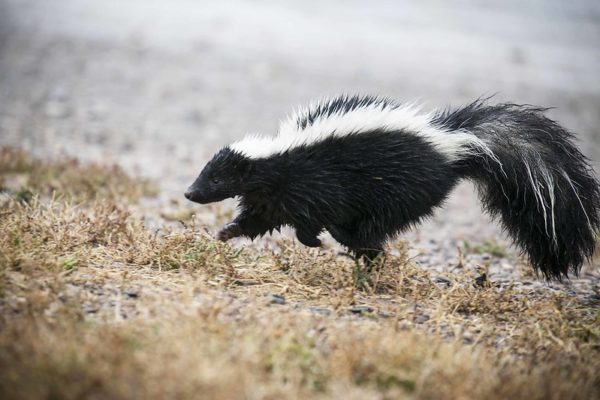 For many years there was debate among scientists as to whether or not skunks should be classified in the Mustelid family. Weasels and skunks share many characteristics; however, recent genetic analysis has determined that skunks belong to a separate family of their own, known as Mephitidae. Skunks can be found throughout Colorado in a variety of habitats below 10,000 feet. Foraging at night, they are opportunistic omnivores that will eat insects, berries, eggs, and small birds and mammals. Skunks often carry rabies, so do not go near skunks (which will also keep you from getting sprayed!) and make sure your pets are vaccinated. For more on skunks, see CPW’s publication Porcupines and Skunks: Masters of Defense. Colorado State University has also published a fact sheet, Coping with Skunks.