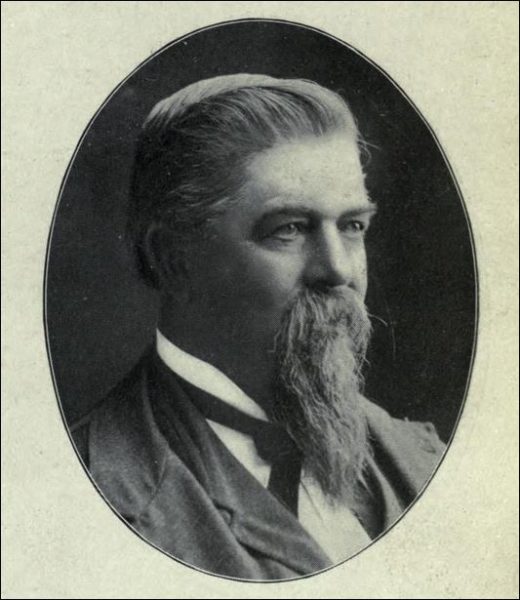 Benjamin Harrison Eaton first came to Colorado in the 1859 Gold Rush. He had been born in Ohio in 1833, and during his early years had worked as a railroad surveyor, a farmer, and a teacher. When his wife, Delilah, died in childbirth in 1857, Eaton left Ohio and moved to Iowa, where he had previously spent a few years farming. Two years later he joined a party traveling to the Pikes Peak goldfields. Failing to strike it rich, the party returned to Iowa – except Benjamin Eaton, who decided to stay out West.

Settling in New Mexico, Eaton resumed life as a farmer, then joined the Army during the Civil War, serving as a Volunteer with the New Mexico Volunteers led by Col. Christopher “Kit” Carson. Following his service, he returned for a short time to Ohio, where he married Rebecca Hill. The Eatons would go on to have two children, Bruce and Jennie, in addition to Aaron, Benjamin’s son with his late wife.

Not long after their marriage, Benjamin and Rebecca headed to Colorado, where they homesteaded in Weld County. Here the future governor experimented with irrigation farming, which he had first tried back in New Mexico. As his farm and ranch grew and prospered, Eaton grew in notoriety. He became interested in politics early on, serving as a Justice of the Peace, a Weld County Commissioner, and Territorial legislator. In 1884 Colorado citizens elected Eaton, a Republican, as Governor. He served one term, from 1885 to 1887. (At that time, governors served two-year terms.)

During his time as governor, Eaton took special interest in the state’s irrigation and agricultural development. He also signed legislation providing for the construction of the State Capitol. As a result, he is now commemorated with a stained glass window in the capitol building. The town of Eaton, Colorado is also named for him, as is the Eaton Ditch in Northern Colorado. This study from the Colorado Water Conservation Board provides some history on the ditch and Benjamin and his son Aaron’s involvement. The Union Colony at Greeley, published in 1918, also contains historical information on Eaton and the ditch.

Eaton chose not to run for reelection. During the last weeks of his term, he delivered what we would today call a “state of the state” speech before the legislature; a transcript of this speech is available online from the State Publications Library. After his term ended, Eaton returned to live in Greeley, where he died in 1904.