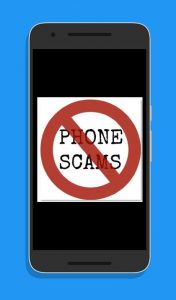 Are you frustrated with the number of unwanted phone calls you receive?  The No Call List has been in place for nearly two decades now, but telephone scammers have come up with a new way around it — they alter how their phone number shows up on caller IDs.  New technologies enable scammers, telemarketers, and other unwanted callers target people by using a fake phone number — often one that starts with the same three digits as the victim’s number — to make it look like a local call or somebody from their neighborhood.  By using these fake numbers as a disguise, they make it difficult for victims to report the calls.

So what can you do?  The Colorado Public Utilities Commission has just released a new Consumer Alert on this topic.  They warn that since this practice, known as “spoofing,” is often used in an attempt to steal your personal information, you should never give account numbers, passwords, social security numbers and other sensitive information to anyone over the phone unless you initiated the call.

If you suspect you have been a victim of such a scam, or if you just want to learn more, go to the Colorado Attorney General’s Stop Fraud Colorado website, where you can find educational information as well as how to report a complaint.  Also, for more information on Colorado’s No Call Law see the Colorado Legislative Council’s Issue Brief.