I am amazed by the speed at which technology develops. I really am. New developments in capacity, speed, and materials lead to smaller, faster consumer electronics. And then there are the imaginations of people who use those products to come up with new uses, apps, and products. Sometimes, the development of these has a rough start, other times it works great and is adopted by folks from the get-go. When a software program or app is launched, it often starts in what is called “Beta”. “Beta” is short for a beta test, or the second level, external pilot-test of a product. Different companies keep a product in Beta for differing amounts of time and for different reasons. Google kept Gmail in Beta for more than 5 years citing a continuing development of features, while Google’s Chrome browser was only in Beta for 14 weeks.

Sometimes folks develop something, get it launched to the general public in Beta, and then nothing happens for years – no improvements, no alterations, no fixing, just as-is. If it seems to take off and folks like it, the developer might step back in.

Which brings me to What Was There – http://www.whatwasthere.com/.  What Was There was developed in 2011, inspired by the realization that they could, “leverage technology and the connections it facilitates to provide a new human experience of time and space – a virtual time machine of sorts that allows users to navigate familiar streets as they appeared in the past.” It lets users upload historic pictures at locations on Google Maps. Then when you are out and about, you can view the pictures based on your location or view the map and see what is near you. You can also upload historical pictures. That picture of your library from the ribbon cutting ceremony in 1908, upload it! Then users can stand in front of your building and view the old picture and realize that not much has changed, or that everything changed. Anyone can easily upload a photograph with two straightforward tags to provide context: Location and Year. If enough people upload enough photographs in enough places, it will weave together a photographic history of the world (or at least any place covered by Google Maps). 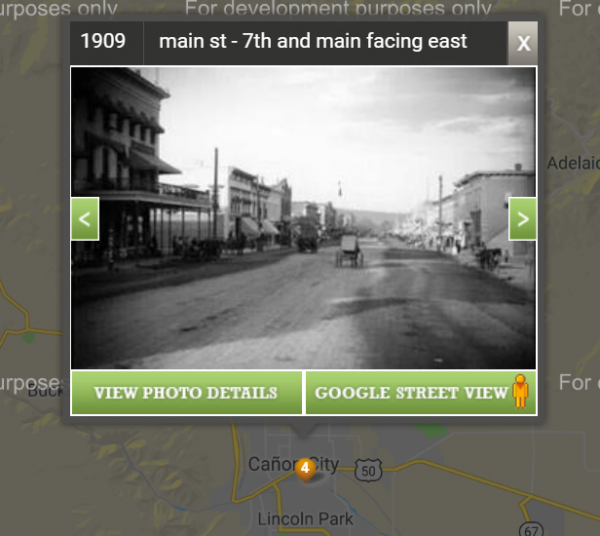 Most of the site works just fine. I viewed 4 pictures from Canon City, Colorado (near where I live) and saw what Main Street looked like in 1909. There are two issues. There currently seems to be a glitch with their Google Maps integration – a pop-up box from Google Maps informed me several times that there was a problem. It didn’t stop me from using it. Hopefully, this will be fixed, but as it has been a few weeks, I don’t think they are working on it fast. The other issue is the number of photos. This, of course, is only fixed with more participation. There weren’t any photos of Florence, but there were 4 in Canon City! There are 831 photos from Colorado. So, yes, a bit glitchy, but fun none the less.

So, do you have a history buff who would love to document your town? Do you have students or tourists who would like to see a historic photo from your area while standing in the very spot the picture from 1909 was taken? This might be the thing!

As we talked about in other parts of this Bag of Tricks series, having resources at your fingertips and a basic familiarity with up-and-coming technology can come in very handy for better serving patrons and can also give you a bit more confidence. While I suggest that you create your own Bag of Tricks, I have an example Bag of Trick to get you started at https://padlet.com/kieran/CSLSHAREANDLEARN.

Exploring things, in Beta or not, can be a fun way to discover technology, and with this app, discover your community as well. 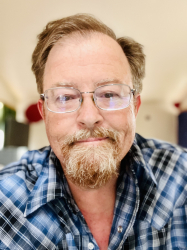 Where to start if you’re a technology beginner