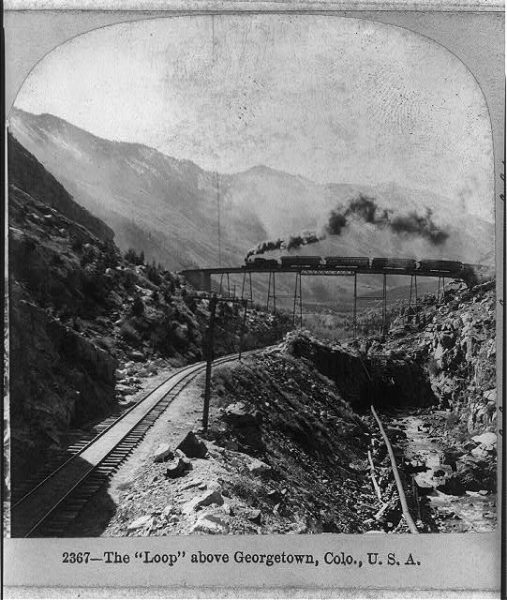 oking for a fun activity this summer? The Georgetown Loop Historic Mining & Railroad Park® is located just 45 minutes from Denver and provides a great way to enjoy some great mountain scenery as well as learn about railroads and mining, two of our state’s most important industries in the nineteenth century.

Originally constructed in 1884, the Georgetown Loop runs between Georgetown and Silver Plume, two of Colorado’s silver mining boomtowns of the 1870s and 1880s. Built as a scenic railway and visitor attraction, the line was discontinued in the late 1930s during the Great Depression. The Colorado Historical Society acquired the site in 1973 and began reconstructing the rail line. Reconstruction of the spectacular Devil’s Gate High Bridge – the highlight of the train trip – was completed in 1984, exactly a century after the opening of the line. A year later, the original Silver Plume depot was restored, and interpretive markers, hiking trails, and other amenities were added. Tours of the historic Lebanon silver mine are also available to visitors.

The Georgetown Loop is owned by History Colorado (formerly the Colorado Historical Society), and over the years they have produced a number of publications and articles that tell the story of this historic site. These publications, available for checkout from our library, include

We also have a number of books that provide historical background on Georgetown and Silver Plume, including: