No flower is more associated with Mother’s Day than the carnation. But did you know that Colorado was once one of the world’s top producers of carnations?

Cultivation of carnations (Dianthus caryophyllus) dates back to the ancient Greeks, while the hybrid and variegated color carnations we see today first became popular in the eighteenth and nineteenth centuries. Today, the carnations we hand out on Mother’s Day or put in corsages and boutonnieres are carefully cultivated breeds that differ from what grew in the wild centuries ago. There are more than 300 varieties of carnations today.

Anna Marie Jarvis, the founder of Mother’s Day, selected the carnation as the holiday’s official flower because they were her mother’s favorite. Jarvis organized the first Mother’s Day celebration in 1908, and it was declared an official U.S. holiday in 1914. Carnations are mentioned repeatedly in reference to Mother’s Day in the 1913-14 Book of Holidays that was published for use in Colorado schools. The white carnation figures prominently in the poem “Mother’s Day” by Howard B. McPherrin, which is reproduced in the book: “What? You don’t know the meaning of / That white carnation? Say, / You’re certainly behind the times! / Why, this is Mother’s Day!” The book also includes the essay “A Red Carnation,” suggesting that color be used to symbolize Father’s Day to compliment the traditional white carnation associated with Mother’s Day.

Colorado became a significant location for carnation cultivation because the state’s climate – specifically its sunny days and cool nights – were ideal for growing the flowers. Greenhouses were also constructed to promote carnation cultivation all year, allowing commercial growers to alternate keeping plants indoors and outdoors depending on the season. According to an article from Colorado State University, carnations were grown commercially in Denver as early as the 1880s, but the industry took off in the 1920s after 100 “Denver” variety carnations were sent to Mrs. Warren G. Harding for her husband’s inauguration day. (Mrs. Harding was not the only First Lady to appreciate carnations. Mamie Eisenhower was also a fan, according to letters held by the CSU Archives). Colorado’s carnation industry expanded beginning in the ’20s, and in 1928 the Colorado Flower Growers Association (CFGA) was founded.

For the next fifty years or so, and especially following WWII, Colorado became the world’s “carnation capital.” During those years, CSU’s Agricultural Experiment Station focused heavily on the carnation industry, developing new carnation varieties, shipping methods, and plant health solutions, as detailed in their annual research reports from the 1950s and ’60s. Then, in the mid-1970s, new trade agreements and rising production and labor costs in the U.S. caused the bulk of the carnation industry to shift to the country of Colombia, which today remains the world’s top carnation producer. While carnations may no longer be the state’s top commercial flower, Colorado still has a thriving greenhouse industry, and the CFGA is now the Colorado Nursery & Greenhouse Association. 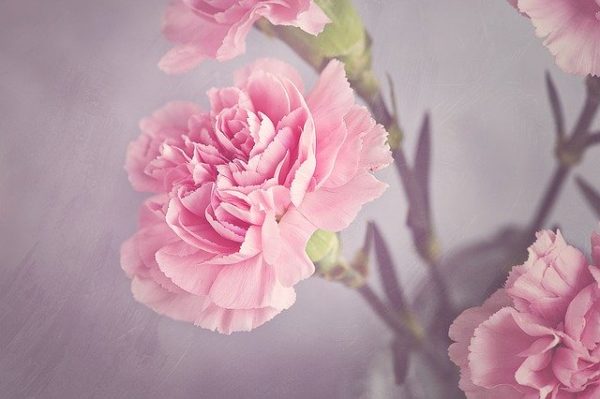