Seventy-five years ago this week, on July 16, 1945, the United States conducted its first nuclear detonation at the Trinity test site in New Mexico. Less than a month later, the bombs would devastate Hiroshima and Nagasaki, putting an end to World War II. But because of the development of this new technology, the end of one war didn’t mean the world was at peace. Immediately following the war, new threats developed as the United States and Russia – former allies – effectively pointed nuclear weapons at each other. Both countries knew that if they pulled the trigger, the other country would unleash full-scale retaliation – a concept referred to as Mutually Assured Destruction (MAD). So for the next several decades, the two countries raced to develop new weapons in what came to be known as the Cold War.

Colorado played a significant role in the development of nuclear weapons technology. The Manhattan Project used about 850 tons of radium, uranium, and vanadium mined in southwest Colorado in the Trinity, Hiroshima, and Nagasaki bombs. Processing plants were opened in Durango and in the mining company town of Uravan (the name is a combination of uranium and vanadium), and an Atomic Energy Commission complex was built in Grand Junction. Soon, Colorado also became home to the North American Aerospace Defense Command (NORAD); the Denver Federal Center; and the now-infamous former nuclear weapons plant, Rocky Flats. Colorado was also the location of six Titan I missile silos and five Atlas missile sites, which were readied for use in the Cuban Missile Crisis but were phased out by 1965. During the same period, nuclear technologies were being developed and tested for non-defense related purposes such as nuclear energy and for use in natural gas production.

By the late 1980s and early 1990s, as the Cold War waned and the Soviet Union collapsed, the United States had abandoned most of its nuclear weapons research and development. Today numerous empty nuclear and chemical power plants and related sites can be found across the country; others have been removed and remediated. 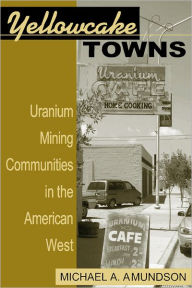 Researchers looking for information on the Cold War and atomic era in Colorado will find hundreds of resources available from the State Publications Library. These include materials from historical mining studies to environmental cleanup reports from the Department of Public Health and Environment. We have a large collection of documents focusing on the cleanup of Rocky Flats in particular; visit our library catalog for a list of titles. The library also has documents related to remedial activities at other sites including Uravan. For resources on uranium mining, search the term uranium in our library catalog. In addition, the book Yellowcake Towns, from the University Press of Colorado, is available for checkout, providing a detailed history of uranium mining in Colorado. Another significant resource is The Extractive Metallurgy of Uranium, published by the Colorado School of Mines in 1971. The library also has resources on other, non-nuclear Cold War defense industries such as Rocky Mountain Arsenal, a chemical weapons plant that is now a wildlife refuge. Finally, several episodes of History Colorado’s documentary series The Colorado Experience deal with Rocky Flats and other Cold War era topics.