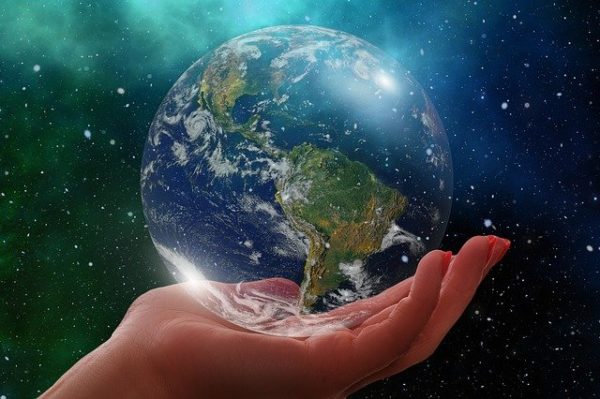 In the years following World War II, manufacture and use of automobiles boomed across the United States. New highways were built and Americans drove more miles than ever before. At the same time, industry was also expanding, new chemicals were being developed (such as DDT, the deadly properties of which were exposed by the 1962 book Silent Spring), the population was expanding, and rural areas were rapidly being developed. These and other factors led many to become concerned about the increase in pollution and other effects on the environment. EarthDay.org, the official website, describes the origins of Earth Day:

Senator Gaylord Nelson, a junior senator from Wisconsin, had long been concerned about the deteriorating environment in the United States. Then in January 1969, he and many others witnessed the ravages of a massive oil spill in Santa Barbara, California. Inspired by the student anti-war movement, Senator Nelson wanted to infuse the energy of student anti-war protests with an emerging public consciousness about air and water pollution. Senator Nelson announced the idea for a teach-in on college campuses to the national media, and persuaded Pete McCloskey, a conservation-minded Republican Congressman, to serve as his co-chair. They recruited Denis Hayes, a young activist, to organize the campus teach-ins and they choose April 22, a weekday falling between Spring Break and Final Exams, to maximize the greatest student participation.

Earth Day 1970 was a success. “Groups that had been fighting individually against oil spills, polluting factories and power plants, raw sewage, toxic dumps, pesticides, freeways, the loss of wilderness and the extinction of wildlife united on Earth Day around these shared common values. Earth Day 1970 achieved a rare political alignment, enlisting support from Republicans and Democrats, rich and poor, urban dwellers and farmers, business and labor leaders. By the end of 1970, the first Earth Day led to the creation of the United States Environmental Protection Agency and the passage of other first of their kind environmental laws,” notes EarthDay.org.

From that year forward April 22 was designated as Earth Day. Then, on its twentieth anniversary in 1990, a huge new campaign mobilized to expand Earth Day beyond the United States to become a global day of activism. Here in Colorado, on March 23, one month before Earth Day, Governor Romer signed an Executive Order creating the Colorado Consortium on Global Climate Change. Various state agencies commemorated Earth Day with publications and proclamations; in our library’s print collection, researchers can find Earth Day 1990 materials from the State Board of Education, the Department of Health, and the Office of Energy Conservation.

In addition, in 1990 the University of Colorado School of Law’s Natural Resources Law Center published a paper entitled Earth Day 2020: Will We Have a Healthier Environment? Now that thirty years have passed and we have reached the paper’s target date, how do we answer the question it posed? The paper’s author, environmental attorney George T. Frampton, listed policies and strategies he believed would advance environmental protection in the coming years. Readers can take a look at Frampton’s list and decide for themselves the extent to which these goals have been achieved. But Frampton seems correct in noting that the environmental problems faced thirty years ago were more complex than those in 1970, and would continue to grow in complexity by the 50th anniversary of Earth Day.

The State of Colorado has over the past fifty years established numerous agencies dealing with environmental issues, and in 1994 the Colorado Department of Health became the Department of Public Health and Environment. Colorado state agencies and state-funded higher education institutions have produced hundreds of publications dealing with various aspects of the environment; to find these and much more, search our library’s online catalog.