One hundred years ago this week marked the beginning of Prohibition in the United States, which went into effect on January 17, 1920. Colorado, however, was actually one of several states that had gone “dry” even before national Prohibition. Voters approved an amendment to the State Constitution in the 1914 election, and an Act “Relating to Intoxicating Liquors” was passed during Colorado’s 1915 legislative session, with the constitutional amendment effective January 1, 1916. 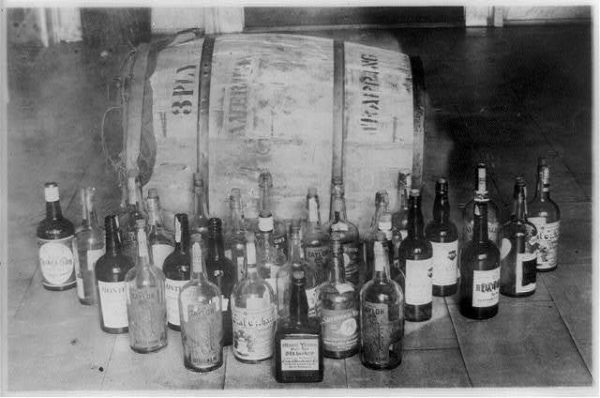 Why had Colorado embarked on the “noble experiment” four years earlier than the national law? Throughout its history, Colorado had had a tendency toward social reforms. The dry Union Colony at Greeley had been established in 1869. In 1893, Colorado had been the first state (after Wyoming territory) to grant women the right to vote. Prohibition was very much intertwined with the women’s rights movement in the early 1900s, as women sought to bring an end to the social problems that plagued many families due to alcoholism.

However, beyond Colorado, several additional factors came into play during the ‘teens that contributed to the movement toward national Prohibition. In 1913, the federal government began collecting an income tax; prior to that time, the majority of the federal government’s tax revenue had come from the sale of alcohol, so they had resisted social reformers’ calls for Prohibition. In addition, a major factor that caused Americans to embrace Prohibition was the anti-German sentiment that spread across the United States during the Great War. German immigrants owned and operated the country’s largest and most successful brewing enterprises, so Prohibition was a direct attack on persons of German descent. In Colorado, brewers were forced to find other products to manufacture; Adolph Coors, for example, switched to producing milk and porcelain products during Prohibition. It was also a way to control other “undesirable” immigrant groups, many of whom came from European countries where alcohol was an important part of their culture. 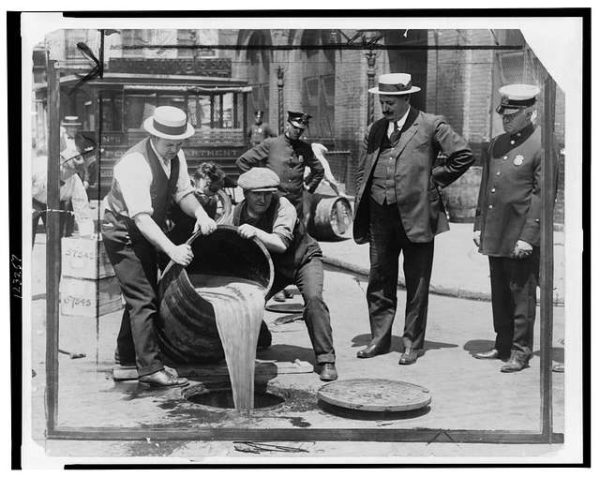 The move toward Prohibition had been a long process. Maine had been the first state to enact Prohibition, in 1847; the Prohibition Party was established in 1869; and groups like the Women’s Christian Temperance Union (WCTU) and the Anti-Saloon League were formed in subsequent decades. Several other states had already gone dry before Colorado did so in 1916. The 18th Amendment to the United States Constitution, prohibiting the sale, manufacture, and transportation of alcohol, was passed by Congress in December 1917. Just over a year later, in January 1919, it was ratified by two-thirds of the states. In October of that year, Congress passed the Volstead Act, which provided for the implementation of Prohibition. It specified that enforcement of Prohibition would begin on January 17, 1920.

Once the national law went into effect, Colorado’s own prohibition statute became obsolete. Over the next dozen years, Prohibition proved a failed experiment, giving rise to bootleggers and gangsters and being especially unpopular during the Great Depression. In 1932, Coloradans voted overwhelmingly for repeal of the state’s prohibition laws, even ahead of the national repeal. As of July 1, 1933, Prohibition was removed from the State Constitution. Nationally, the 18th amendment was repealed on December 5, 1933.

Those researching Prohibition in Colorado can find a number of primary source materials in our library. Among the most useful resources are the the biennial reports of the state Attorney General. These include a lengthy discussion of Prohibition in Colorado in the 1917/18 report, as well as legal opinions on matters concerning Prohibition each year it was in place. The biennial reports of the State Penitentiary are also helpful; they provide statistics on the numbers of inmates sentenced for crimes in violation of the liquor laws. Finally, a 1915 Colorado Senate publication includes documentation and certification of the constitutional amendment prohibiting the manufacture and sale of liquor in Colorado.

Our library also has several secondary sources that provide helpful background on Prohibition in Colorado. These include the Colorado Magazine articles “Of Lager Beer and Sonorous Songs” (Spring 1971) and “Moonshine and Murder: Prohibition in Denver” (Winter 1973) as well as articles in the 1990 (issue 2), Winter 1992, and September/October 2015 issues of Colorado Heritage. Also available for checkout are the University Press of Colorado books The City and the Saloon: Denver, 1858-1916 and The Gospel of Progressivism: Moral Reform and Labor War in Colorado, 1900-1930, which examine the social conditions that led to Prohibition in Colorado.