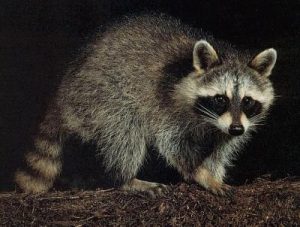 Colorado offers many opportunities for watching wildlife, but some species can only be seen in the dark of night.  The Colorado Division of Wildlife’s Creatures of the Night takes a look at animals who come out after dark.  Raccoons, bats, and other commonly known night dwellers are just the beginning.  Did you know that some snake species become nocturnal during the summer, to escape the daytime heat?  Or that owls have specially-adapted eyesight and hearing to enable them to hunt at night?  Bats have an even more fascinating adaptation:  the use of echolocation.  They emit high-pitched sounds, out of humans’ range of hearing, that echo off objects of prey.  They can judge the location of the prey by how long it takes for the echo to bounce back.  Fascinating!  Check out Creatures of the Night to learn more about nocturnal animals, including: