Fall is a great time for viewing elk, one of the Rocky Mountain region’s best-known wildlife species. Elk live in Colorado year-round, but autumn is their mating season. It is during this time that you can hear the bulls’ haunting bugle-call. Bugling typically begins just before dusk; its purpose is to attract females and establish dominance. Bull elk also display their mating fitness by sparring with one another using their large antlers, which they grow and shed each year. 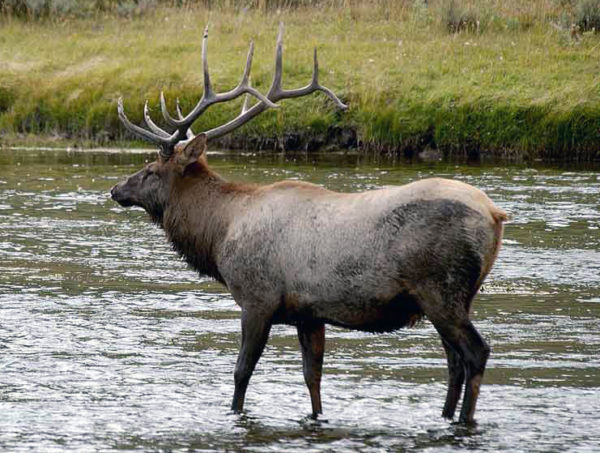 Elk were once widespread across North America, but in the 19th and early 20th centuries their numbers were diminished due to hunting and habitat loss. Here in Colorado, native elk herds were supplemented with elk brought in from Yellowstone National Park. Today, Colorado has more elk than any other state.

During the autumn mating season elk live in large groups and can often be spotted near human-populated areas. One of the best places in the state to view them is in Rocky Mountain National Park, but there are many other places to see them as well. Take a look at Colorado Parks & Wildlife (CPW)’s publication Watching Deer and Elk for viewing tips and facts about elk. CPW’s video series a.m. Colorado also features an episode about Rocky Mountain Elk in Autumn. Search the State Publications Library’s online catalog for additional publications, including scientific studies and hunting information.