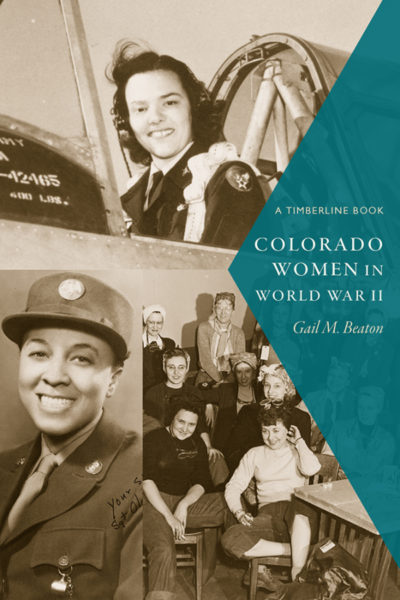 World War II wasn’t just won by our soldiers. Women played a huge role in the war, including serving in non-combatant military positions, as nurses on the front lines, or on the home front working in defense industry jobs or even simply volunteering for the war effort. Now, a new book from University Press of Colorado tells their stories.

Colorado Women in World War II by Gail M. Beaton “interweaves nearly eighty oral histories—including interviews, historical studies, newspaper accounts, and organizational records—and historical photographs (many from the interviewees themselves) to shed light on women’s participation in the war, exploring the dangers and triumphs they felt, the nature of their work, and the lasting ways in which the war influenced their lives.”

This brand-new book is now available for checkout from the library and via Prospector. In addition, the author will be presenting a virtual book talk, sponsored by the National Women’s History Museum, on Sunday, September 20.