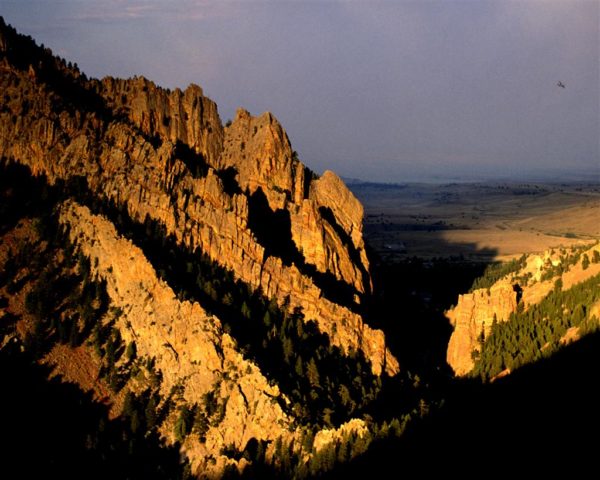 is a popular State Park located near Boulder, Colorado. It’s best known for its sheer sandstone cliffs, which attract rock climbers and hikers. Biking, horseback riding, and hunting are also permitted, along with wintertime activities like snowshoeing and cross-country skiing. South Boulder Creek also runs through the park, offering opportunities for fishing, kayaking, and picnicking during the warmer months. Be advised that Eldorado Canyon is day-use only, however, so camping in the park is not allowed. There are a number of places to camp nearby, however, along with numerous hiking trails.

“Eldorado Canyon State Park includes 1,488 acres located in the unique ecological zone between the grasslands of the plains and the forests of Front Range foothills,” notes Colorado Parks & Wildlife (CPW). This means that the park supports a wide variety of plants and animals.

The Eldorado Canyon area has a long history as a tourist destination. In 1902 the Union Pacific constructed a rail line along the canyon. Shortly after, the property was sold to an entrepreneur named Frank Fowler, who opened the Eldorado Springs Resort. It featured two luxury hotels with many activities and amenities. In 1916, newlyweds Dwight and Mamie Eisenhower honeymooned at Eldorado Canyon. Rock climbers first started coming to the area in the 1950s, according to the park history on CPW’s website. The area continued attracting tourists until the 1960s, and then, says CPW, “The canyon’s owner threatened to sell the area for a rock quarry, but public outcry at the prospect prompted the State of Colorado to purchase the canyon in 1978 and create Eldorado Canyon State Park. The Park has preserved the natural splendor of the area and fostered the continued enjoyment by the public.” 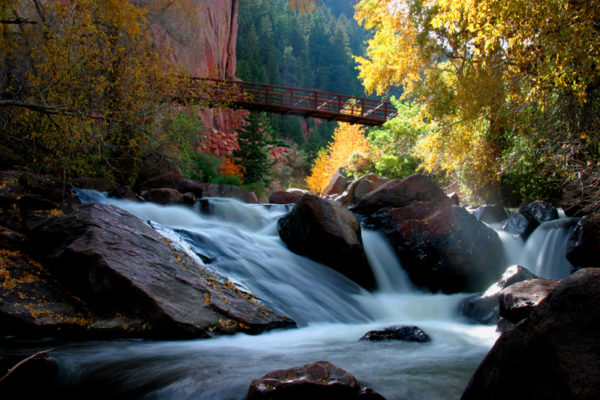