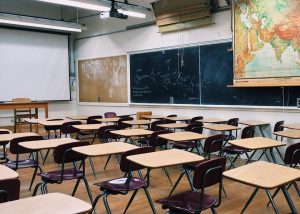 You might be surprised to find out that in spite of the recent population boom in our state, the number of public school enrollments in 2017 showed the smallest increase since 1989!  According to figures just released by the Colorado Department of Education, public school enrollment only grew by 5,261 students in 2017 over the previous year.  Denver Public Schools is still the largest school district in the state, but showed markedly slower growth than many other districts.  Jefferson County Schools, the state’s second largest district, actually showed a small decrease.  You can find all of the numbers by viewing the department’s 2017-2018 pupil membership webpage. This includes breakdowns for race/ethnicity, free/reduced lunch, special education, online schools, English language learners, and more.  For a summary, see the department’s press release.