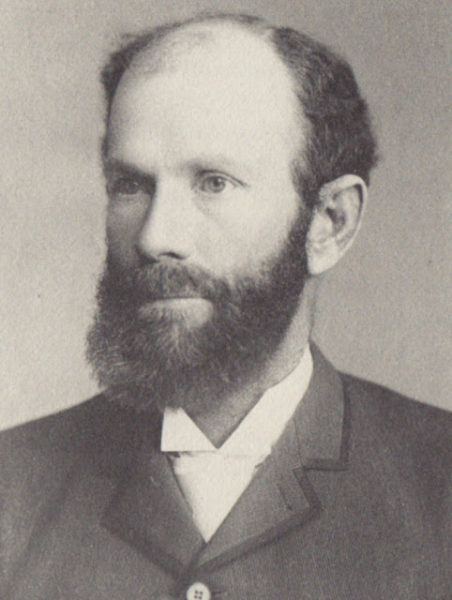 James Benton Grant served as Governor of Colorado from 1883 to 1885. He was the state’s first Democratic governor as well as Colorado’s youngest statehood governor.

Grant was born January 2, 1848, the son of a wealthy Alabama plantation family. Throughout much of the Civil War he was too young to serve in the military, but he did join the Confederate Army as a teenager during the last three months of the war. Grant’s family in Alabama was ruined by the war, but a wealthy uncle in Davenport, Iowa offered to pay for James’s schooling. He attended Iowa Agricultural College but eventually lost interest in agriculture, turning instead to engineering and metallurgy. Transferring first to Cornell University in New York, he completed his studies at the School of Mines in Freiburg, Germany, which was known as one of the world’s top universities for the study of mining and metallurgy.

Grant’s return to the United States coincided with the great mining boom in Colorado, and in 1877, Grant moved to Central City, Colorado, then relocated to Leadville and eventually to Denver. In 1882 he established the Omaha and Grant Smelter, thought to be the largest smelter in the world. Located north of the city in the area near today’s Denver Coliseum, the smelter was famous for its 353-foot smokestack, completed in 1892. It stood as one of Denver’s most recognizable landmarks until it was dynamited in 1950.

Politics had never held much interest for Grant, but in 1882 his fellow Democratic party members urged him to run, which he accepted. Colorado at that time was mostly populated by northerners who had supported the Union, so Grant’s candidacy was considered a longshot. Yet he did manage to win, and was sworn in as governor on January 9, 1883, just a week after his 35th birthday. He was (and remains) Colorado’s youngest statehood governor (territorial governor Edward McCook was younger). Grant’s wife, Mary Goodell Grant, was just 26 when she became first lady. Daughter of a prominent Leadville mine owner, Mary was also the granddaughter of a past governor of Illinois.

In his inaugural address, which you can read online courtesy of our library, Grant discussed – not surprisingly – the effect of mining on the state’s economy. He also outlined the changes he wanted to see made to the state constitution, which at the time was less than a decade old. Grant’s governorship was productive – in his inaugural speech he called for a lengthening of the legislative session, which was accomplished during his term. And, just one month into his term, Grant signed a bill for the acquisition of the land for the State Capitol. Grant served during a time of great prosperity in Colorado, much of it due to the mining industry, so his expertise was valued by Coloradans. However, with his heart never really in politics, Grant declined to run for re-election in 1885. (At that time governor’s terms were only two years). In the last days of his governorship, Grant issued a “message” to the Legislature where he looked back at his term. Included were statistics and financial reports for each state agency. Grant’s message – printed in both English and German – has also been digitized and made available online by our library.

Following his term as governor, Grant returned to the mining business. He continued to run the smelter, which produced $130 million in gold, silver, copper and lead by 1900. He also helped organize the Denver National Bank and served as its vice-president. James and Mary Grant had two sons, James Jr. and Lester. In 1902, the family built a mansion that still stands at 770 Pennsylvania Street on Capitol Hill. Known today as the Grant-Humphreys Mansion, it is owned by History Colorado and can be used for event rentals. James B. Grant died of heart disease in 1911, and is buried in Denver’s Fairmount Cemetery.