The artist Christo, known for his sweeping outdoor installations, passed away this week at age 84. Colorado’s mountains and rivers provided inspiration for two of the artist’s famous works, the Valley Curtain and the planned, but never realized, Over the River.

Working in close partnership with his late wife, Jeanne-Claude, Christo created large-scale temporary art installations using fabric, most famously to wrap buildings, monuments, and geographical features. Christo Javacheff and Jeanne-Claude Marie Denat shared a birthday, June 13, 1935. He was born in Bulgaria and she in France, where they met in 1958. In 1964 the couple left Europe and moved to New York City, but they traveled extensively creating conceptual installations around the globe.

Christo’s first Colorado project was the Valley Curtain, constructed near Rifle on the Western Slope. For this installation, the artist and his team hung a 1,250-foot-long, fiery orange curtain through Rifle Gap, near Highway 325. Design and planning for the project took more than two years, and nearly 100 workers – many from Colorado – were involved in its construction. The Valley Curtain debuted on August 10, 1972, but it would not last for long. High winds took their toll, and the shredded curtain had to be dismantled the following day. Even though the Valley Curtain only hung for 28 hours, it is well remembered in striking photographs and an Academy Award-nominated documentary film about the project. 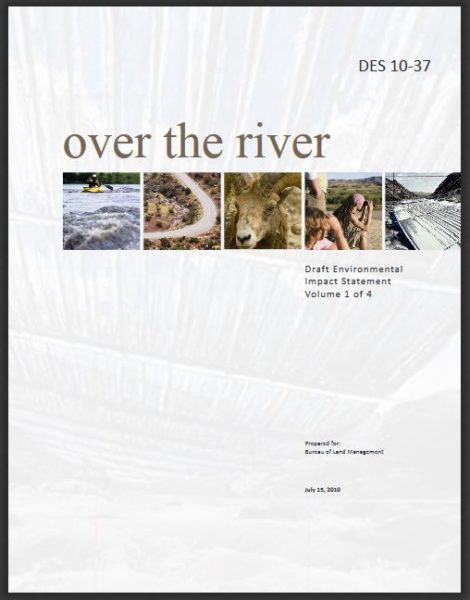 Christo and Jeanne-Claude would again set their sights on Colorado in the mid-1990s, when they began their designs for Over the River. After visiting 89 rivers in seven states, Christo and Jeanne-Claude selected a nearly six-mile stretch of the Arkansas River between Salida and Cañon City. The project would suspend silver fabric over the water, high enough to allow space for rafters and those on shore to pass freely underneath. Over the years the team worked on obtaining permits, and even after Jeanne-Claude’s death in 2009, Christo determined to move forward with their vision. In 2010, U.S. Bureau of Land Management (BLM), the Colorado Department of Natural Resources, the Colorado Department of Transportation (CDOT), State Patrol, and Chaffee and Fremont counties cooperated in publishing an Environmental Impact Statement on the project.

By this time, the idea had already become controversial as environmental activists spoke out against the installation, despite Christo’s assurances that the installation was completely reversible and would have no lasting effect on the environment. In 2012 an opposition group filed a lawsuit against Colorado State Parks and the BLM, which had both recommended the project go forward. In 2015, the project was mentioned in CDOT’s Regional Transportation Plan as projected to bring significant tourism to the area. But after years of lawsuits, Christo finally abandoned the project in 2017, choosing instead to focus his energies on a mega-sculpture project in Abu Dhabi. His studio still plans to complete his final work in progress, wrapping Paris’s Arc de Triomphe in September 2021.