Just about everyone is familiar with Stegosaurus, Triceratops, Diplodocus, Allosaurus, and Tyrannosaurus rex. But how many Coloradans know that the first specimens from these famous dinosaurs were found right here in our own state? 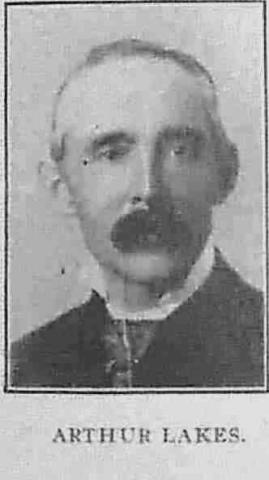 Much of the credit for Colorado’s early dinosaur discoveries can be given to Arthur Lakes (1844-1917), a naturalist and clergyman who eventually became a geology professor at the Colorado School of Mines and one of America’s best-known early geologists. In 1877, Lakes discovered numerous dinosaur bones along what is today known as Dinosaur Ridge, near Morrison. He contacted famed paleontologists Othniel Marsh and Edward Drinker Cope with news of his discoveries. Marsh and Cope, however, were bitter rivals and, by alerting them both to the discoveries in Colorado, Lakes inadvertently set off the famous “dinosaur wars” in which Marsh and Cope raced with each other to find, name, and describe as many fossils as possible. Both men traveled to Colorado, Marsh setting up his quarry in the Dinosaur Ridge area while Cope and his team hunted for fossils in the Garden Park area near Cañon City. Both sites yielded significant discoveries and are still important fossil areas to this day. The earliest specimens of Stegosaurus, Diplodocus, Apatosaurus, and Allosaurus were all found in Colorado in 1877. Stegosaurus was first discovered in the Morrison area while Diplodocus and Allosaurus specimens came from the Garden Park area. A nearly complete skeleton of Apatosaurus, meanwhile, was found in Gunnison County.

The 1877 discoveries had not been Lakes’ first. He was also associated with the earliest discovery of a Tyrannosaurus rex tooth. Lakes had been a teacher at Jarvis Hall, a boys’ school, in 1874 when the discovery was made. According to the Colorado Encyclopedia,

Lakes was hiking on South Table Mountain, just east of Golden, with his students. One lad, Peter T. Dotson, found a huge serrated tooth. School of Mines geologist Edward L. Berthoud later packed it up and sent it to O. C. Marsh, a leading vertebrate paleontologist at Yale. They never heard anything more about it. As it turned out, the tooth found in Golden in 1874 was rediscovered by Dr. Kenneth Carpenter in the Yale Peabody Museum in 2000, who declared it to be the first tooth of a Tyrannosaurus rex ever found.

Another of Colorado’s famous discoveries came a decade after the dinosaur wars. In 1887, skull and horn fragments were found just northwest of Denver. These turned out to be the first discovery of Triceratops.

Lakes was not associated with the Triceratops discovery, but he described it — and subsequent discoveries in Wyoming — in his 1889 publication Geology of Colorado Coal Deposits. The section on the “gigantic fossil ‘horned toad'” begins on page 241 of the publication, which you can view online from our library. On pages 39-44 of the publication, Lakes describes some of his own discoveries:

…it was in [sandstone] that we first discovered the bones of the Dinosaurs, or great lizards, at Morrison, afterwards we found them continuing down into the clay. We found fragments of bone at the bottom of the ‘hogback’ and traced them up to the sandstone ledge whence they had fallen. We dug out parts of several monsters, one of them was at least eighty feet long and stood twenty-five feet high, its thigh bone was between eight and nine feet long; these are the largest known land animals.

Fossil discoveries have continued to the present day; in fact, dinosaur bones were just discovered a few days ago at a construction site in Highlands Ranch. If you’re interested in learning more about our state’s dinosaurs — or visiting some of the fossil sites — the Colorado Geological Survey (CGS) has issued several great publications including two books, Colorado’s Dinosaurs and Dinosaur Lake: The Story of the Purgatoire Valley Dinosaur Tracksite Area, both of which can be checked out from our library. CGS also has produced a dinosaur publication especially for kids, Darin and Denise Discover Denver’s Dinosaurs and Other Denizens of Deep Time. Online publications from CGS include A Dash with the Dinosaurs and Colorado’s Magnificent POGIs [Points of Geological Interest], which includes a listing of dinosaur fossil sites around the state. (History Colorado also has a listing on their website). Finally, an interactive CD-ROM, Dinosaurs in Our Backyard, focuses on the Dinosaur Ridge fossils. It is also available for checkout from our library.