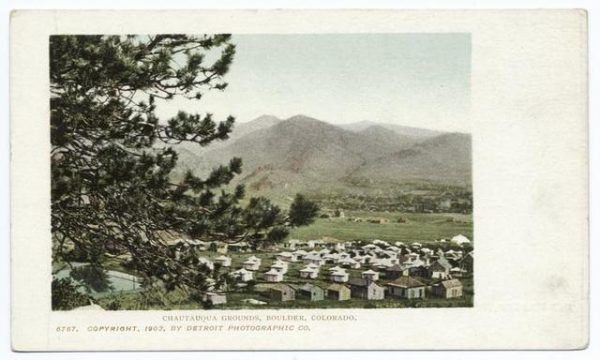 In the late nineteenth century, the Chautauqua movement swept the country, including Colorado — establishing a summer tradition that combined learning, the arts, and the outdoors.

A “Chautauqua” is a summer retreat where people can come together to spend time in nature, take classes, attend concerts, and engage in other educational and cultural activities. In the nineteenth century they were popular across the U.S., and were usually located in complexes characterized by rustic architecture, cabins, and outdoor spaces. The name derives from the first Chautauqua assembly, held in 1874 at New York’s Lake Chautauqua. Today, the Chautauqua in Boulder, Colorado is one of only three in the United States still being used for its original purpose, and the only one remaining west of the Mississippi.

The Glen Park Chautauqua, located near Palmer Lake, was actually Colorado’s first. Then, in 1897, a group of teachers from Texas were looking for a place for a cool summer retreat. They visited the Boulder area and decided to establish a Chautauqua there. Construction began in the spring of 1898, and the complex held its opening ceremony on the Fourth of July. The governors of both Colorado and Texas were present at the ceremony, along with the mayor of Boulder and the president of the University of Colorado.

For the last 121 years, the Chautauqua has been an important part of Boulder’s history and community. The City of Boulder notes that

In a sense, the story of Boulder itself is inextricably intertwined with the history of Chautauqua. The town’s enduring principles on the importance of education, protecting its crown-jewel parcel of land, and broader land preservation efforts remain today and were all spurred by the Colorado Chautauqua. 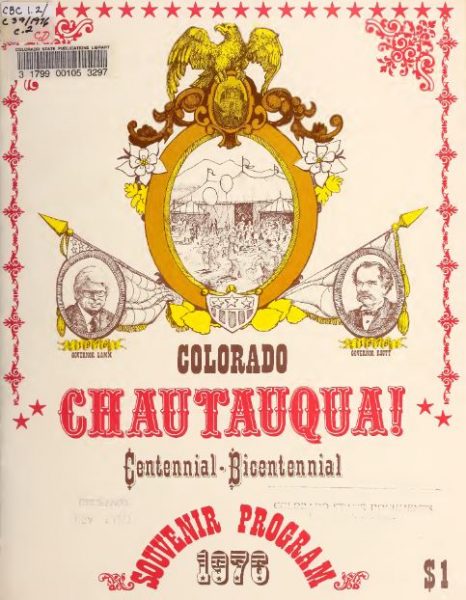 In 1976, Colorado celebrated the centennial of its statehood as well as the United States’s bicentennial. Colorado’s Centennial-Bicentennial Commission published a booklet, Colorado Chautauqua!, which has been digitized and made available online from our library. A souvenir program for a Chautauqua-style tour held that year, the booklet includes a history of the Chautauqua movement in the United States and in Colorado, particularly as it developed in the twentieth century.

Today, you can still attend the Chautauqua in Boulder. Visitors can stay in a cabin, or just come up for the day to hike, attend a concert or lecture, eat in the historic dining hall, and enjoy the company of others in a rustic outdoor setting. Boulder’s Chautauqua has been designated as a National Historic Landmark with many of its original buildings preserved. You can read more about its history in the book Boulder: Evolution of a City by Silvia Pettem, which is available for checkout from our library. You can also learn more about the historic site’s preservation in Guide to Colorado Historic Places: Sites Supported by the Colorado Historical Society’s State Historical Fund, also available for checkout. This guidebook is a great resource for discovering historical treasures all over the state. The Colorado Encyclopedia also has an interesting article on the history of the Colorado Chautauqua. If you’re looking for primary sources, the Boulder Public Library’s Carnegie Library for Local History has a large collection of materials on Chautauqua. 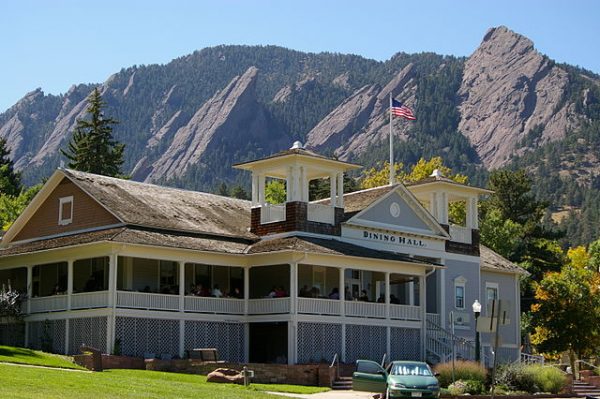 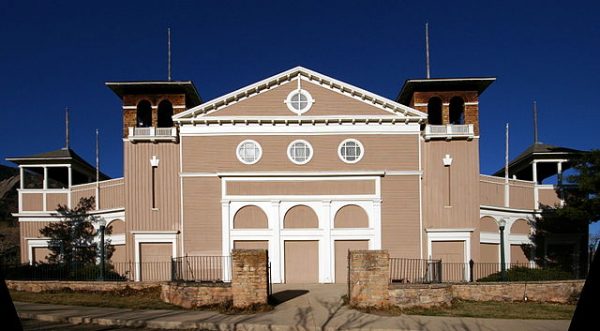