Every May, Colorado celebrates Asian American and Pacific Islander (AAPI) Heritage Month to recognize the contributions of AAPI communities to our state’s past, present, and future. The State Publications Library holds several publications from the University Press of Colorado that highlight the experience of Chinese and Japanese communities throughout Colorado’s history. Below we’ve shared a few of our favorites.

Finding Solace in the Soil: An archaeology of gardens and gardeners in Amache by Bonnie J. Clark

You may have seen the gardens of Amache in the news recently when a rose bush, believed to have been planted by Japanese Americans incarcerated at the camp, bloomed for the first time in 80 years. This bloom holds extra significance because Amache became a National Historic Site in March after years advocacy by the Amache Preservation Society. 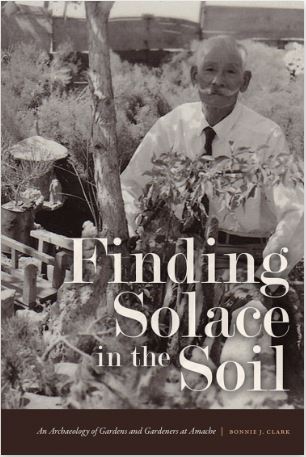 Finding Solace in the Soil combines physical archaeological evidence, oral histories, archival material, and personal photographs to tell the story of Amache’s gardens and gardeners. Many of the people incarcerated at Amache from 1942-1945 were farmers, gardeners, and nursery workers who were able to apply their skill to creating gardens in the harsh high plains climate of southeastern Colorado. Amache’s gardeners were able to creatively use limited resources to maintain Japanese and American horticultural traditions, and regarded the gardens as a “gift to themselves and to each other.” Remains of the gardens now stand as a reminder of the resilience of the people of Amache, who were determined to create moments of joy despite their unjust incarceration. 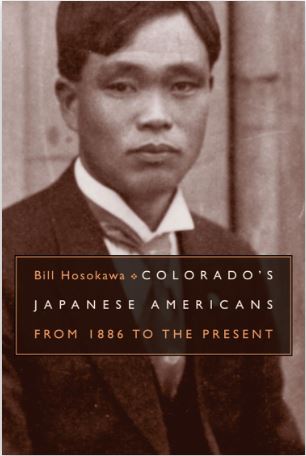 This 2005 book is the first history of Japanese Americans in Colorado. It follows the stories of individuals making their way in the state and traces the larger history of Japanese Americans bringing their culture to the American West. The book explores the experiences of notable Coloradans through history, starting with Matsudaira Tadaatsu, a mining engineer who is thought to be the first Japanese immigrant to move to the state, up to Toshihiro Kizaki, the current owner of several extremely popular restaurants in Denver.

Enduring Legacies is a compilation of academic essays that seek to fill in the gaps of the typically Anglocentric understanding of Colorado’s history. 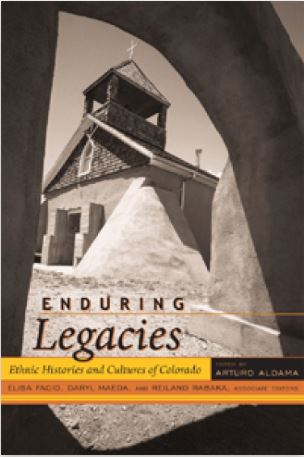 “Journey to Boulder: The Japanese American instructors at the Navy Japanese Language School” by Jessica N. Arntson tells the story of Japanese Americans who taught “the enemy’s language” at the Japanese language school set up at the University of Colorado at Boulder during World War II. Over 150 instructors taught at the school while it was active, training over 1,100 naval officers. The instructors connected with their students so profoundly that graduates of the language school went on to found Japanese language and cultural programs in universities around the United States. The Navy Japanese Language School Archives can be found in the University of Colorado Boulder Libraries.

“Representations of nineteenth-century Chinese prostitutes and Chinese sexuality in the American West” by William Wei explores how Coloradans viewed Chinese women in 1800s, using the story of the King sisters as a lens. The King sisters were Chinese sex workers in Denver’s Chinatown who escaped to marry two Chinese men in Fairplay. The story was sensationalized in Colorado newspapers, with reporters showing little empathy for the sisters and relying on stereotypes of Asian women that exist to this day.

A Chinaman’s Chance: The Chinese on the Rocky Mountain mining frontier by Liping Zhu 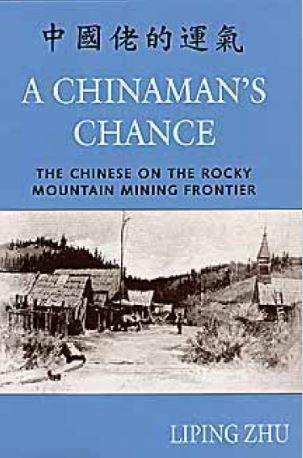 This book investigates the lives of Chinese immigrants living in Rocky Mountain mining camps in the late 1800s and early 1900s. Liping Zhu offers a complete view of these communities and the “victors, victims, and villains” who lived there. He includes stories of wedding celebrations, frontier justice, and rags to riches stories of striking gold. These stories flip the notion that Chinese immigrants in mining camps were victims, showing their full participation in the mining communities of the West.

These items are all available to be checked out from the State Publications Library. Contact us at spl@cde.state.co.us or (303)866-6603 to borrow a copy.