Colorado’s first Hispanic Speaker of the House, Ruben Valdez, passed away on Tuesday at age 82. He is remembered as a strong advocate for the Latino community and civil rights. 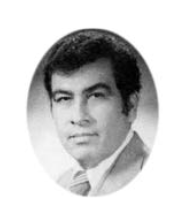 The son of a coal miner, Valdez was born in Trinidad, Colorado, in 1937. After a few years working in Pueblo and in California, he moved to Denver in 1960 and became president of the Steelworkers Local 5099 union. Later working in the insurance industry and community relations, he went back to school, earning his GED and then studying at Red Rocks Community College and at Loretto Heights College. He earned a B.A. in Political Science in 1975, while serving in the Legislature. Valdez had been elected to the Colorado House of Representatives in 1970, where he represented Denver’s largely Hispanic west side. When the Democrats gained the majority in 1975, Valdez was elected as Speaker, serving two years. In 1977, when the majority again shifted, Valdez continued in a leadership role as House Minority Leader until the end of his term in 1978.

Among the legislation sponsored by Valdez, he is perhaps best remembered for the Bilingual and Bicultural Education Act of 1975. He sponsored or co-sponsored numerous bills on mental health, rights of persons with disabilities, the insurance industry, employment law, community colleges, work study programs, and more.

After his final term ended in 1978, Valdez served as regional director for the U.S. Department of Transportation under the Carter administration. The following year, Governor Richard Lamm appointed Valdez as the director of the Colorado Department of Social Services. He later led the Colorado Department of Labor & Employment. He went on to found a lobbying firm, Valdez Public Affairs, and served on the board of directors for several Metro Denver advocacy organizations.

To learn more about Ruben Valdez, see his biography in Presidents and Speakers of the Colorado General Assembly, as well as his page in the Legislator History Database. Both of these resources are provided by the Colorado Legislative Council. Legislation sponsored by Valdez can be viewed in the Colorado Session Laws, available online from the University of Colorado’s law library. Also, search our library catalog for publications and studies relating to Valdez’s work, including Report on Senate Joint Resolution 20 Study. This three-volume report from the Colorado Department of Education was required by the General Assembly to study student achievement in reading. Volume 2 contains information bilingual education in advance of Valdez’s 1975 legislation.