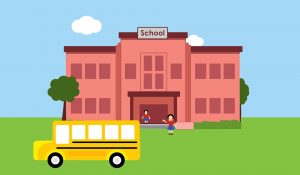 District 60 in Pueblo has announced that in August it will transition to a four-day school week.  Many Colorado school districts have already made the transition; in fact, according to the Colorado Department of Education, ninety-eight school districts and several charter schools have adopted four-day schedules.  It should be noted that even though they’re attending schools one less day a week, students are not spending less time in class; instead, they attend school for 7.5 hours instead of the traditional 6 hours.  The added class time can result in more in-depth lessons and can also reduce “latchkey” time when parents work.

Some of the popular reasons for switching to a four-day week include cost savings on transportation, utilities, and food services; a reduction in absenteeism; more time for teachers to work on grading and lesson planning; etc. If your district is considering a four-day school week, take a look at the Colorado Department of Education’s The Four-Day School Week Information Manual (2017) for more in-depth explanations of the reasons for switching, as well as data on how four-day weeks have worked for schools who have been on these schedules for a few years now.  See also the CDE research report entitled A Comparison of Colorado School Districts Operating on Four-Day and Five-Day Calendars (2009).