If you were to visit Colorado’s highest elevations during the winter, you would most certainly dress in warm clothing and probably wear snowshoes, too. So, why would wildlife be any different? Turns out, they’re not! One of Colorado’s most interesting bird species is the White-tailed Ptarmigan – a bird uniquely adapted to the state’s harshest winter conditions.

Ptarmigan are large birds belonging to the grouse family. Several species of Ptarmigan exist in North America, but the only species found in Colorado is the White-tailed Ptarmigan. Wildlife viewers rarely see the birds because they only live at very high elevations. The most likely places to spot White-tailed Ptarmigan would be in the highest and most remote parts of Rocky Mountain National Park; above Loveland Pass; on high peaks like Mount Evans or Pikes Peak; high in the San Juan mountains; and other alpine tundra areas above timberline.

What makes these birds so fascinating is how they adapt to the seasons. In the summer, the birds are mottled brown and grey to blend in with their rocky surroundings. But in winter, they transform to become completely white, camouflaged perfectly in the snow. It’s not just their color that changes, though; White-tailed Ptarmigan also have special feathers on their legs that act as snow pants, and their feather-covered feet are specially designed to “float” above snow the same way that snowshoes do! 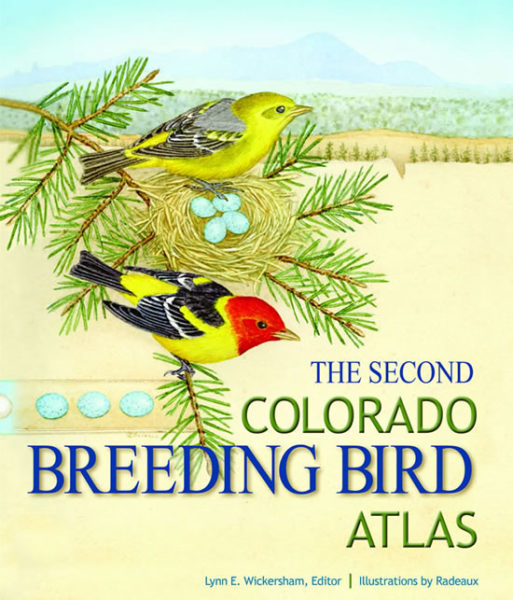 According to the Second Colorado Breeding Bird Atlas, White-tailed Ptarmigan live in the Colorado tundra all year. In late spring, the birds begin to molt, shedding their white feathers for their summer colors. Warmer weather is also when their breeding season begins. The Breeding Bird Atlas is available for checkout from our library, but an interactive version is also available online which includes maps of the birds’ breeding range.

Because Ptarmigan only live in such remote areas, viewing them can be especially rewarding for wildlife watchers. If you want to learn more about viewing Ptarmigan and their relatives, see Colorado Parks & Wildlife’s brochure Watching Grouse, Prairie Chickens & Ptarmigan. Additionally, this winter CPW produced a new podcast that explores new research into how Ptarmigan are being impacted by climate change.