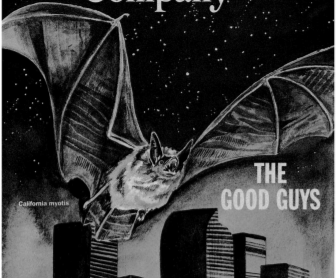 Colorado may not have vampires but we do have a natural bat population. None of them drink human blood. Although bats are a common symbol of something scary around Halloween, they are actually beneficial creatures.

According to the Colorado Division of Parks and Wildlife (CPW), there are 18 different species of bats that live in Colorado. Some live here full-time and others migrate through the state. They are an important part of our eco-system feeding on insects like mosquitos and other pests, and helping to pollinate plants and crops. One thing that makes them unique is they are the only mammals that truly fly. Common varieties include the big brown bat, Brazilian free-tailed bat, Canyon bat, Hoary bat, Little brown myotis, Pallid bat, Silver-haired bat, Spotted bat, and Townsend’s Big-Eared bat. Townsend’s bats are officially on Colorado’s Threatened and Endangered Species list, and other bat species are also threatened due to habitat loss and wind energy development.

Basic facts about bats can be found in “The Good Guys,” a 1996 newsletter from the Division of Wildlife. For more detailed information on specific bat varieties, visit the CPW Species Profiles. Just type “bat” in the species name search box to pull up a list. Also check out their “Bats in Colorado” website. They have some fun ideas on ways to celebrate National Bat Week.

Twelve of Colorado’s eighteen species of bats use caves and abandoned mines at least part of the year in Colorado. According to a 2002 survey Corynorhinus townsendii, or Townsend’s Big-Eared Bat, were the most frequently encountered species, typically at elevations above 6,122 feet.

For a deeper dive into bat research, take a look at these reports from our library collection: