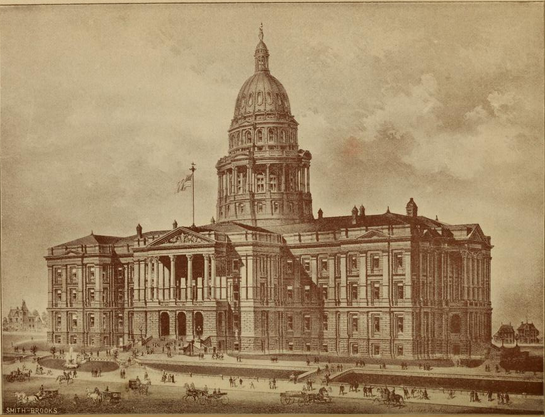 You may not realize that one of the State Library’s own divisions is a treasure trove of historical information on Colorado. The State Publications Library was founded in 1980 to ensure the accessibility of all state government publications in perpetuity. The library’s collection includes publications from every state agency, dating from Territorial days to the present. In recent years the library has been engaged in digitizing many of its historical print documents, so that a wide variety of resources on Colorado history are now accessible to anyone. These documents can be explored in the library’s digital repository and many are now also available in the Digital Public Library of America.

What are some of the things you can find in the State Publications Library’s digital collection? Our collection contains state-issued reports on a variety of topics such as agriculture, education, elections, health, natural resources, taxes, etc. We have publications from the Legislature and from the state Supreme Court. And so much more.

One of our most frequently-accessed publications is the Biennial Report of the State Superintendent of Public Instruction, the state’s old name for the Department of Education. This serial, dating from 1870 to 1964, provides updates and information on the state’s public schools and districts. Anyone researching Colorado schools should be sure to view these reports. We also have Course of Study books that outline the curricula used in Colorado schools in the early 1900s.

The library also has digitized a number of past governors’ speeches. One of the most interesting is from 1905. During the previous November election, the two candidates for governor, Alva Adams and James Peabody, were both accused of obtaining fraudulent votes, so the governorship went to Lt. Governor Jesse McDonald in what became known as Colorado’s “three governors in a day” scandal. The speeches of Peabody and Adams provide fascinating first-person accounts of the controversy.

In Colorado’s early days, mining was a major part of the Colorado economy. We have hundreds of mining and geology reports from the early 1900s available online, including reports of the state coal mine inspector, which detail some of the hazardous working conditions the miners experienced. A report of the special investigation into the Ludlow Massacre in 1914 is also available.

Another popular topic is Colorado’s amazing wildlife. Included in the library’s digital collection is everything from birdwatching guides to a field guide to Colorado’s freshwater mollusks. Arthur 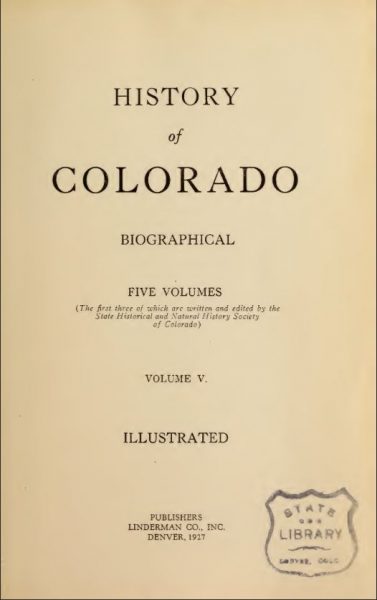 Carhart’s Report of Sage Grouse Survey from 1941 is one of our early wildlife publications.

The library also has thousands of research publications from state colleges and universities, especially Colorado State University and the University of Colorado at Boulder, available online. We also have digitized publications from the State Historical Society, such as this 1972 brochure about the old state museum, as well as one of our most popular items, Baker and Hafen’s 1927 five-volume History of Colorado.

The documents listed here are but a very small sample of the thousands of digital publications available from the State Publications Library. While the library has been digitizing historical publications, those documents that are “born digital” today are also being added to our repository, ensuring that the current information that is tomorrow’s “history” will be available online for generations to come.