I think the running joke now is, if you haven’t heard of Minecraft by now, you’ve been living under a block. But if you still don’t know what Minecraft is, or maybe you know about the game but can’t quite describe it to others, this is how I convey Minecraft to people who are new to the videogame:

I’m not going to go any further with my personal take on Minecraft (what I would say has already been said before). There are tons of well-written articles on the subject, and below is my curated list of pieces on various aspects of the game that I recommend to parents and librarians who are new to Minecraft. I do want to point out that many of these articles are dated between 2013 – 2015; however they are still relevant in their content.

Current news on Minecraft tends to revolve around Minecraft updates, more so with the recent purchase of Minecraft by Microsoft. I recommend following the official Minecraft blog to stay current with the direction Minecraft is going.

The last things I want to say to anyone considering starting a Minecraft program in your library:

Happy digging (mining?) into the below resources!

Help, My Kids Are Obsessed with Minecraft!
Great for talking points with parents!

How Videogames Like Minecraft Actually Help Kids Learn to Read

Getting Started with Minecraft

NOTE: Libraries that have added Minecraft to their services have either used the original Minecraft tools or MinecraftEDU (a company that was formed to create a teacher-friendly version of Minecraft to use in the classroom). MinecraftEDU was also purchased by Microsoft, and they have plans to continue this aspect of Minecraft in the form of the Education Edition. All of this is still in BETA, but keep an eye on the project’s development. http://education.minecraft.net/minecraftedu/

Introduction to Redstone Circuits in Minecraft

How to Setup a Minecraft Server

Cubeecraft
Print, Cut and Fold your Own Minecraft Creation

This is the first in the How do I…? series, where Colorado librarians share their expertise in specific programming topics. 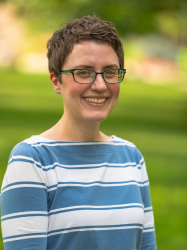