We recently took a closer look at the CHNC google analytics. The report gave us some interesting insights into the popularity of CHNC near and far.

Last year (FY19-20), for the first time, we exceeded the totals for users and sessions that were captured during the first year (FY16-17) of CHNC’s much improved new website. Traffic was also up significantly from last year. On average, each month about 5,000 users from Colorado, and 8,500 users from other parts of the United States, visited CHNC at least once.

The monthly average of users from other parts of the United States also increased – 53% from last year. CHNC has a group of dedicated users–and they are mostly from Colorado–who come to the site again and again, generating scores of pageviews for each session.

CHNC is SEO configured and the major search engines have indexed the digital collection. This is a great feature and it is why the majority of user sessions result from a search in Google. This is followed by a direct search and referrals from other sites.

What does this tell us? Yay! Many many researchers actually know that CHNC exists. This also tells us that our partners and friends at cultural heritage institutions are driving access to the CHNC.

The top five library referrers for the past year were:

The top ten titles viewed were:

And the top ten counties searched in CHNC were:

We greatly appreciate any and all efforts to promote CHNC and have created two new ways to assist with these efforts.

Not surprisingly, the top CHNC search term for 2019-2020 year was Influenza including the related terms of Flu and Spanish Flu. 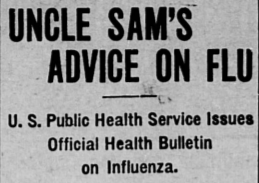 We have long believed that CHNC is an amazing source of information but it is nice to back that belief up with real numbers.