Most Coloradans know that Colorado became a state in 1876, but how many can tell you the date when Colorado Territory was established? The answer is February 28, 1861 — 158 years ago this week. Many people are also surprised to learn that Denver hasn’t always been Colorado’s capital city. 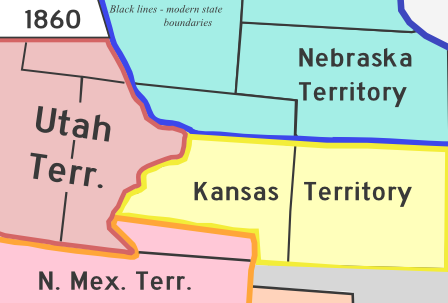 Just days before the end of his term, President James Buchanan signed into law an act creating the territory of Colorado. It was formed out of what had previously been parts of Kansas, Nebraska, Utah, and New Mexico territories. The eastern two-thirds of present-day Colorado had been part of the land acquired by the United States in the Louisiana Purchase of 1803. Denver City, where gold rushers had started flocking in 1858, was located in Kansas Territory. With the influx of settlers from the gold rush, the idea for a new territory came about. Settlers initially formed the short-lived Jefferson Territory, even adopting a constitution, but it was never recognized by the federal government. Kansas’s admission as a state in January 1861 gave further impetus to the establishment of Colorado Territory.

Colorado Territory’s governmental structure included executive, legislative, and judicial branches, laying the groundwork for the future Colorado state government. There were a few major differences, however, such as territorial governors being appointed by the President rather than being elected by the citizens. Another difference was that for several years Denver was not the established capital of the territory. Rather, the capital moved around to different locations before a vote of the people finally declared Denver the permanent state capital in 1881 — beating out Cañon City, Colorado Springs, Gunnison, Pueblo, and Salida, which had also vied for the permanent spot.

In September 1861, the first Colorado Territorial Assembly met in Denver in a small building on the block that is now Denver’s Larimer Square. Two months later, Colorado City was chosen as the territorial capital. This little town, now a part of Colorado Springs, did not last long as the capital. In the summer of 1862, the territorial legislature designated Golden as the next capital, where it remained for several years. For much of that time they met in the building that is now the Old Capitol Grill on Washington Street. Finally in December 1867, the capital was moved to Denver, where it remained once Colorado became a state. Our library has digitized the territorial legislature’s journals from this period. Other years’ volumes, including the first from 1861, are available for viewing in the library. Also available online from our library are the laws passed during the 1866 session. 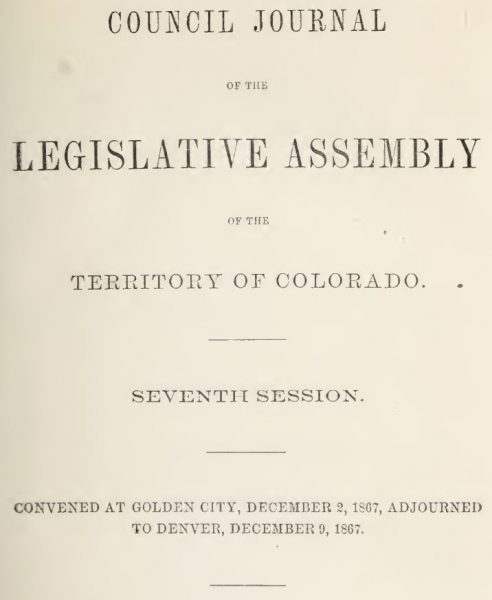 In 1867, when the capital moved to Denver, a landowner named Henry Brown donated a parcel for the construction of a state capitol building. Nothing was done with the land for several years, but by the early 1880s more people began moving to Capitol Hill and the land increased in value. Brown sued the state to get his land back, but was unsuccessful. Plans for the new capitol building finally got underway in 1883, and construction began in 1886. Years of setbacks and delays, however, meant that the building’s cornerstone was not laid until 1890, and after several more years of construction, the building was finally occupied in late 1894. The Colorado legislature first met in the building in 1895. Although the structure was mostly completed by this time, the famous gold dome was not gilded until 1908 — fifty years after the start of the gold rush — replacing what was originally a copper dome. 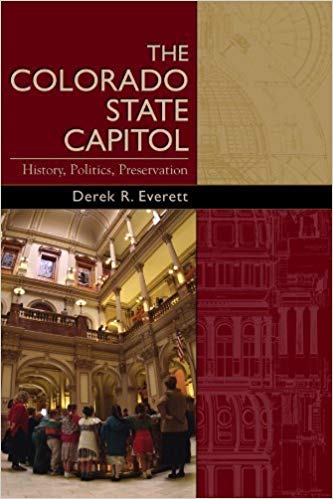 You can read more about Colorado’s territorial capitals and capitols in several interesting publications available from our library, including Colorado Capitol Buildings, from 1941; and the more recent book The Colorado State Capitol: History, Politics, Preservation, by Derek Everett (University Press of Colorado, 2005). Search our library’s catalog for many more resources on the history of the capitol building and the legislature.