Valentine’s day has long been celebrated but who was Saint Valentine and when did the present day traditions of Valentine’s Day begin? The Catholic Church recognizes at least three different saints named Valentine. One of these saints was said to be a priest, who served during the third century in Rome, and performed secret marriages after it was outlawed for young men because it was decided that single men made better soldiers. Another Valentine is said to have been killed for attempting to help Christians escape harsh Roman prisons. Before his death he was said to have sent a “valentine” to his love. 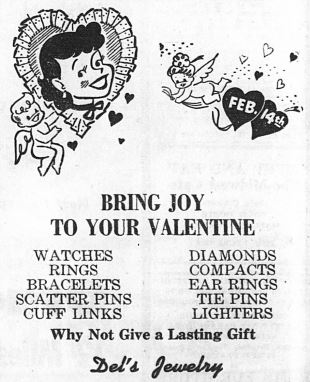 At the end of the 5th century, Pope Gelasius declared February 14 St. Valentine’s Day. Written Valentine’s began to appear after 1400. Americans began exchanging hand-made valentines in the early 1700s. Written and handmade valentines were later joined by printed and mass-produced cards as well as small gifts such as heart-shaped boxes filled with chocolate. In addition to the United States, Valentine’s Day is celebrated in Canada, Mexico, the United Kingdom, France and Australia. Today nearly 62% of Americans honor this day of love, St. Valentine’s Day.