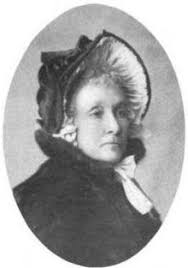 Where: Born in Canada, but accomplished most of her work in Denver, Colorado

Caroline M. Nichols was born in 1833 in Ontario, Canada to American parents who encouraged her to pursue her love of reading and education. By age thirteen, Nichols had left school to become a teacher at a private school. In 1857, she and her family moved from Canada to Minnesota, where Caroline continued to teach, but struggled with the harsh pioneer lifestyle. Not much is known of her husband (to whom she refers only as Mr. Churchill) or her marriage, except that it was an unhappy one. During this time, the newly Caroline Churchill gave birth to a daughter, but also developed poor respiratory health that was supposed to have been the result of allergies or even tuberculosis.

After the death of her husband, Churchill left her daughter with her sister and moved to the drier climate of California for the health of her weak lungs. During her years in California and travels throughout the West, Churchill developed both a deep love for the natural world and a fierce belief in human equality. She fought hard against legislation that sought to unfairly punish and restrict women and advocated for fairness for immigrant and minority groups. Churchill traveled to Chicago to publish accounts of her travels in Little Sheeves and Over the Purple Hills, but stopped in Denver on her way back to California. There she found a suitable climate for her lungs and a suitable environment for her literary and political aspirations.

In 1879 in Denver, Churchill published the first issue of her new monthly literary magazine which she named the Colorado Antelope. The magazine contained travel sketches, poems, and histories, all of which strongly advocated for women’s rights. The Antelope enjoyed considerable success, and by 1882 and renamed the Queen Bee, became a weekly publication that had a regular circulation of over 2,500 and spanned over five western states- the highest circulation for any weekly between Kansas City and San Francisco. The popularity of the Queen Bee eventually afforded Churchill the opportunity to build her own printing facility in her home and staff it entirely with women. For eighteen years, Churchill edited, published, and peddled the Queen Bee until she was forced to shut down the press for repairs in 1895. Though she briefly attempted to resume publication later, it was not to last.

During the nearly two decades that Churchill operated and distributed the Queen Bee, she used it as a mouthpiece for her political opinions and aspirations. She was a fierce suffragist, supporter of the temperance movement, and a proponent of equal rights for all. She played a key role in supporting the legislation that eventually led to Colorado’s 1893 suffrage amendment, giving Colorado women the right to vote. In 1909 she published her autobiography, Active Footsteps, in which she chronicled her life’s journeys and work. On January 14, 1926, Churchill died in Colorado Springs, where she had been living with her sister. Her legacy in Colorado and the West remains today one of extreme independence, extraordinary dedication, and hard-won equality.