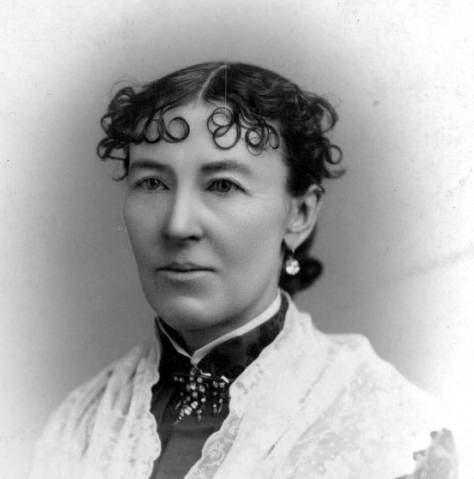 Where: Born in Maine, moved to Kansas, and then to Colorado

Why Important: Augusta successfully ran businesses, owned real estate, and carefully managed her money at a time when few women were allowed to be involved in financial and business matters.

Augusta Louise Pierce was born March 29, 1833 in Maine. She met Horace Tabor, a stone-cutter her father hired to work in his quarry. They got married on January 31, 1857. The couple moved to a small town in Kansas and worked as farmers.

In 1859, Horace, Augusta, and their son, Maxey, moved to Colorado. Horace hoped to make money mining for gold. Augusta earned money cooking and doing laundry for the miners. They moved again to Oro City and started a grocery store where Augusta worked. Horace was doing well mining. However, Horace wanted to make more money and moved the family to Leadville.1
“Mrs. Augusta Tabor.” Herald Democrat, August 1, 1891. CHNC  The Tabors started a new store and Horace became postmaster of the town.

In 1878, Horace gave two miners supplies in exchange for one third of their mine profit. The miners struck silver and the Tabors became very wealthy! Horace spent his money quickly. Augusta wanted him to save the money. This caused a lot of arguments. Horace kept spending money and bought a big mansion in Denver for the family.

Augusta and Horace continued to fight over money. In 1883 the couple divorced.2
Dolores News, November 3, 1883. CHNC  She kept his last name, Tabor, even after he married Baby Doe Tabor.

Augusta donated much of her money to build a new Unitarian church in Denver. She also owned real estate and became wealthy on her own. She was one of the richest business people in Denver. This was unusual for a woman of the day.

Augusta moved to Pasadena, California in 1894 when she became ill. She died one year later.3
“A Notable Woman.” Boulder Daily Camera, February 7, 1895. CHNC  She is buried at the Riverside Pioneer Cemetery in Denver.