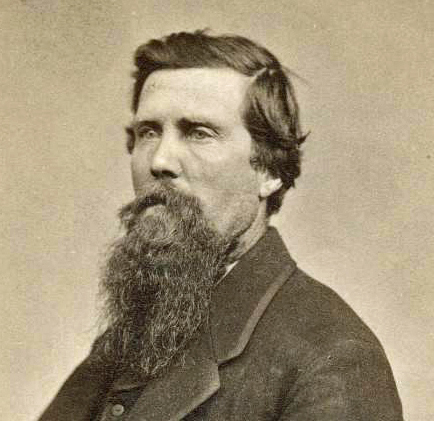 Why Important: D. C. Oakes was an early settler and smart businessperson. He helped build a strong foundation for Colorado’s economy and growing population.

Daniel Cheeseman Oakes was born in Maine on April 3, 1825. He became one of the first permanent settlers in the city of Denver when he arrived on October 10, 1858. Oakes searched for gold in the Pikes Peak region. He was optimistic about the opportunities Colorado had to offer.

Oakes also brought the first sawmill to Colorado. His mill provided lumber to build the city of Denver.2Rocky Mountain News, June 4, 1862. CHNC Oakes built a fort called Oakes’ Folly to keep the settlers safe during fights with the Indians. He began to understand the Native American way of life. In 1865 President Johnson made Oakes the first Indian Agent for the Grand River, Yumpak, and Uinta Utes areas. He helped keep peace between the Native Americans and new settlers.

Oakes held a position on the first legislature and city council in Denver. He was the first postmaster of Douglas County and the first president of a pioneer organization called the Fifty-Niners.3“Latest by Telegraph.” Rocky Mountain News, September 29, 1866. CHNC  In 1869 Oakes became Deputy United States Land Surveyor. He held that position until he died in 1887. Oakes was married in 1853. He and his wife, Olive Maria Martin, had eight daughters together.