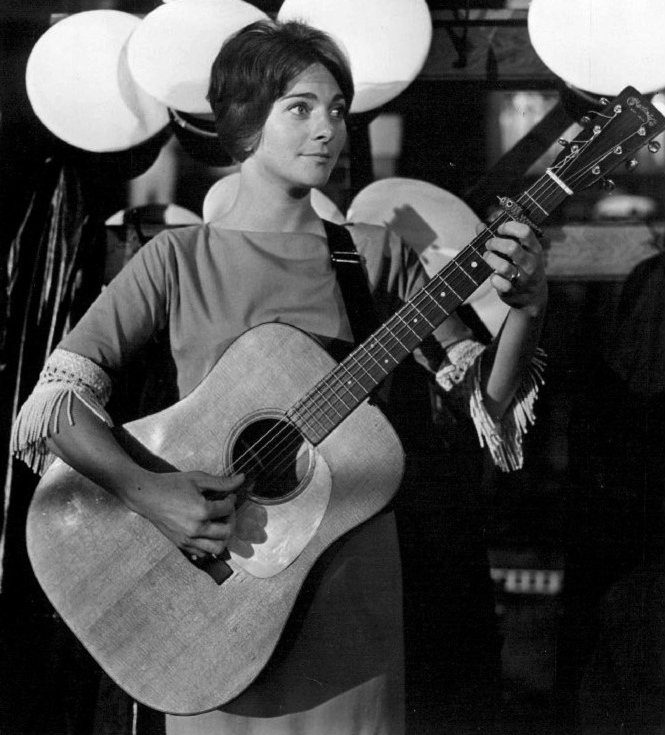 Judy Collins is most famous for her singing and musical career. She has been a musician for over 40 years. She has released more than 40 albums and has had numerous top-10 hits, Grammy nominations, and gold and platinum-selling albums.

Collins moved with her family to Denver in her mid-teens. Her early musical background was in classical piano. By age ten, Collins was studying with a famous orchestra conductor named Antonia Brico. But, Judy liked folk music better, and so she went from playing the piano to playing guitar.1“Three Acts Replace the Limeliters at Local Night Spot.” Aspen Daily Times, March 4, 1960. CHNC  In 1961, after an appearance in New York, she signed a contract with Elektra Records. She recorded 19 albums with them. In 1999, Collins started her own independent label, Wildflower Records.

Later, Judy helped to write a documentary about the famous orchestra conductor that she had studied with as a child (Antonia Brico.) This documentary went on to get an Academy Award nomination and was named one of the top ten films of the year by Time Magazine.

Collins is the author of several books, including Singing Lessons, in which she looks back on her life and career, and Sanity & Grace, a Journey of Suicide, Survival and Strength, which focuses on the death of her only son and the learning process following the tragedy. In her 2005 book Morning, Noon and Night: Living the Creative Life, Collins seeks to help people focus on their creativity and increase their productivity and enjoyment in their creative pursuits.

Ms. Collins became a special representative for Unicef in 1995. Because of her involvement with Unicef, she has made several visits to the former Yugoslavia and Vietnam. She has also worked to get rid of landmines. She has received numerous humanitarian awards for her work with UNICEF and alcohol abuse and suicide prevention programs.

Today, Ms. Collins still has a very busy concert schedule. She continues to record and produce music, write books, and work for the causes that she believes in.