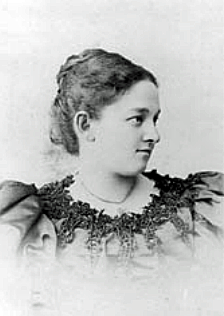 She went on to attend Johns Hopkins University Medical School.1“Woman Doctor Wins Prize.” Fort Morgan Times, July 31, 1903. CHNC  The school had just opened its doors to women and Florence was one of only fourteen women in her class.

Although a talented teacher, Dr. Sabin decided to concentrate on  research. In 1925, she became Head of the Department of Cellular Studies at the Rockefeller Institute for Medical Research. Her research focused on fighting tuberculosis.

In 1938, Sabin retired to Colorado. However, retirement was short-lived. Governor Vivian asked her to lead the State Health Committee.2“Medical Meeting.” Aspen Daily Times, June 20, 1946. CHNC  At the time, Colorado had one of the highest infant death rates in the country as well as the third-highest scarlet fever rates and the fifth-highest diphtheria total.

Florence died in Denver in 1953.5“Farm Folks.” Steamboat Pilot, October 22, 1953. CHNC  To honor her great works, the State sent a statue of her to represent Colorado in the Statuary Hall at the  Capitol in Washington.