Where: Born in Ohio, lived in Wisconsin, settled in Denver, Colorado. 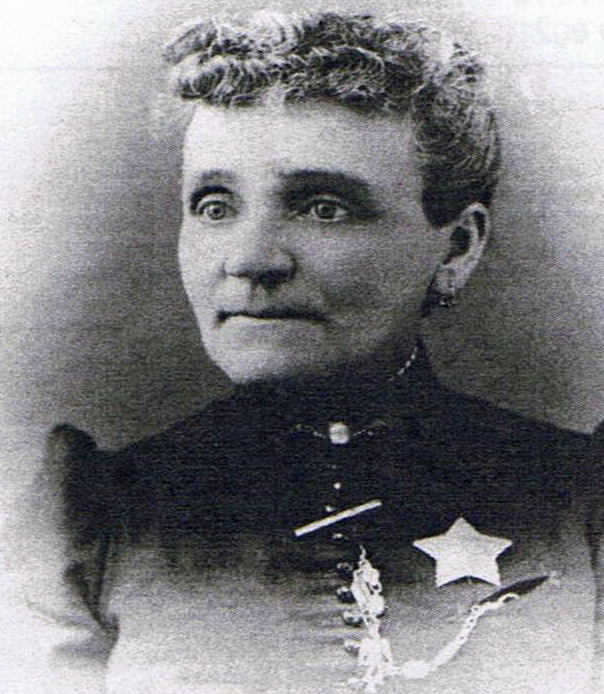 Why Important: Sadie was Denver’s first police matron. She came to the rescue of abused women and children.

Sadie Likens was born Sarah Jane Morehouse on July 14, 1840 in Trenton, Ohio. When Likens was nineteen she married a farmer named David Washburn. They had their son Fred a year later. Sadly, both her husband and son died of pneumonia. Sadie married William Likens in 1869. She had four more children: Ada Belle, Reuel, Velma, and Clarence. Her marriage to William eventually ended. Likens moved her family to Denver.

Once in Denver, Likens became involved with the Women’s Christian Temperance Union (WCTU).1“W.C.T.U. Column.” Fort Collins Courier, March 17, 1898. CHNC  The group was known for its efforts to stop people from drinking alcohol. It also pushed to pass laws protecting women and children. Likens worked as the matron, or superintendent, at the WCTU home.

Soon Likens took the position of Denver’s first jail and police matron. Before she joined the force, only men were employed by the Denver Police Department. This profession was thought to be a “man’s job.”2Boulder Daily Camera, March 5, 1895. CHNC  As the jail matron, Likens managed the new female prisoners and saw to their well–being. Likens eventually resigned from her position as jail matron. She became superintendent for the State Home and Industrial School for Girls. The school helped girls leading troubled lives.

In 1881 Likens helped start the Farragut Relief Corps.3“Patriotic Orders Elect Officers.” Weekly Courier, May 26, 1909. CHNC  Her new organization helped struggling veterans. They established homes for soldiers and did relief work. During World War I, she volunteered with the American Legion, which supported returning soldiers. By this time, Likens was in her seventies but she showed no sign of slowing down. Caring for others was her calling.

On July 30, 1920, Sadie died after suffering a long illness.4“Local Paragraphs.” Colorado Transcript, August 5, 1920. CHNC  All the people she touched over the years felt the loss deeply. Her gift of service to those in need is a gift for which we can all be grateful. In 1923 a memorial marker honoring Likens was placed in the park across from the Colorado State Capitol building.