Where: Denver and Brighton 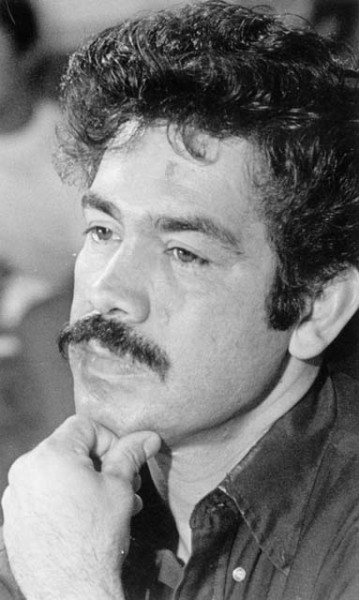 Why Important: Gonzales was a boxer, writer, and Chicano activist.

Rodolfo “Corky” Gonzales was born on June 18, 1928. According to his article on Wikipedia, Rodolfo had a fiery personality in his youth, causing his uncle to say that “he was always popping off like a cork” – the nickname, Corky, stuck. Gonzales married Geraldine Romero in 1949 and together they had eight children.

Gonzales studied engineering in school, but it became clear that he would not be able to afford college after his first semester. He dropped out and turned to boxing. Gonzales fought as a featherweight seventy-five times. Gonzales was inducted into the Colorado Sports Hall of Fame in 1988.

After a career in boxing, Gonzales ran for Colorado State Representative but was defeated. He worked on voter registration for John F. Kennedy’s presidential campaign1“Steaming Along.” Steamboat Pilot, November 10, 1960. CHNC  and successfully registered more Mexican Americans than any other time in Colorado’s history. Gonzales made his final political effort in 1967 when he ran for Denver Mayor, however he lost again.

Corky became a leader in the Chicano Movement. He founded the Crusade for Justice, led a group in the Poor People’s March on Washington, and organized a resistance at West High School after a teacher made racist comments. Corky also helped to create the Ballet Chicano de Atlan and El Teatro Pachuco. He opened a summer school in 1969 and the Escuela Tlatelolco in 1970 for Chicano children.

Rodolfo Gonzales pursued creative writing throughout his life. He wrote a famous poem “Yo Soy Joaquin” or “I am Joaquin” which was published in 1967. This poem became a bright idea in the Chicano Movement and has been quoted in protest literature, published in plays, and reprinted in several editions.