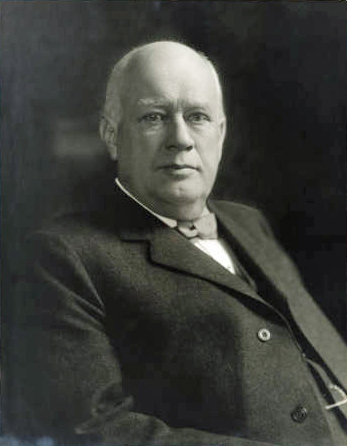 Why Important: Mayor who worked to beautify Denver

Born in Cassville, Pennsylvania in 1856, Robert W. Speer decided to move to Colorado when he was 23 years old. He was suffering from tuberculosis, a disease of the lungs that was very common at the time, especially in industrial areas. Colorado’s fresh, dry air was said to cure tuberculosis, so thousands came to the state for what was called the “climate cure.”

In 1880 Speer moved to Denver, where he took a job at Daniels & Fisher, a fashionable department store on Denver’s 16th Street. Soon, though, Speer decided that he could make more money in real estate, so he quit his job at the store. Speer also became interested in politics. The same year he moved to Denver he was elected City Clerk. Then, in 1885, Speer was named Denver’s Postmaster, appointed by President Grover Cleveland. He held this position for six years.

Continuing his involvement in politics both in and out of office, Speer ran for mayor in 1904.1”Democrats Victorious.” Aspen Democrat, May 18, 1904. CHNC It was soon revealed that his campaign used fake votes to help him get elected.2“Election Democratic.” Aspen Daily Times, May 19, 1904. CHNC. Throughout his time in office, Speer was known for not always being honest. He did, however, do many things to beautify Denver, and this is what he was remembered for.

At the turn of the Twentieth Century, at the height of the industrial era, many people who lived in large cities across America began to feel that their cities were old and ugly. The Chicago World’s Fair in 1893 featured a European-style, white model city, and many other cities decided that they would like their cities to look this way. This became known as the City Beautiful Movement. Mayor Speer thought Denver should be beautified this way.

He traveled to Europe several times to get ideas for what Denver should look like. During his term as Mayor, Speer had several blocks west of the State Capitol completely cleared of their buildings.3“Civic Center Goes.” Longmont Ledger, June 24, 1910. CHNC. This area became Civic Center Park, and the Denver City and County Building was later constructed on this site. Mayor Speer also gave away thousands of free trees that Denver residents could plant in their yards and in Denver’s parks. He also thought Denver should have culture, and he started a series of free Sunday concerts at his new Municipal Auditorium.

Speer served as Mayor until 1912. Four years later, in 1916, he decided to run for mayor again. He was elected, but only served for two years. He died in 1918 of influenza4“Robert W. Speer Dead.” Summit County Journal, May 18, 1918. CHNC during the epidemic that was sweeping the nation just after World War I. Today, his influence can still be seen through Civic Center Park and Speer Boulevard, which is named for him.