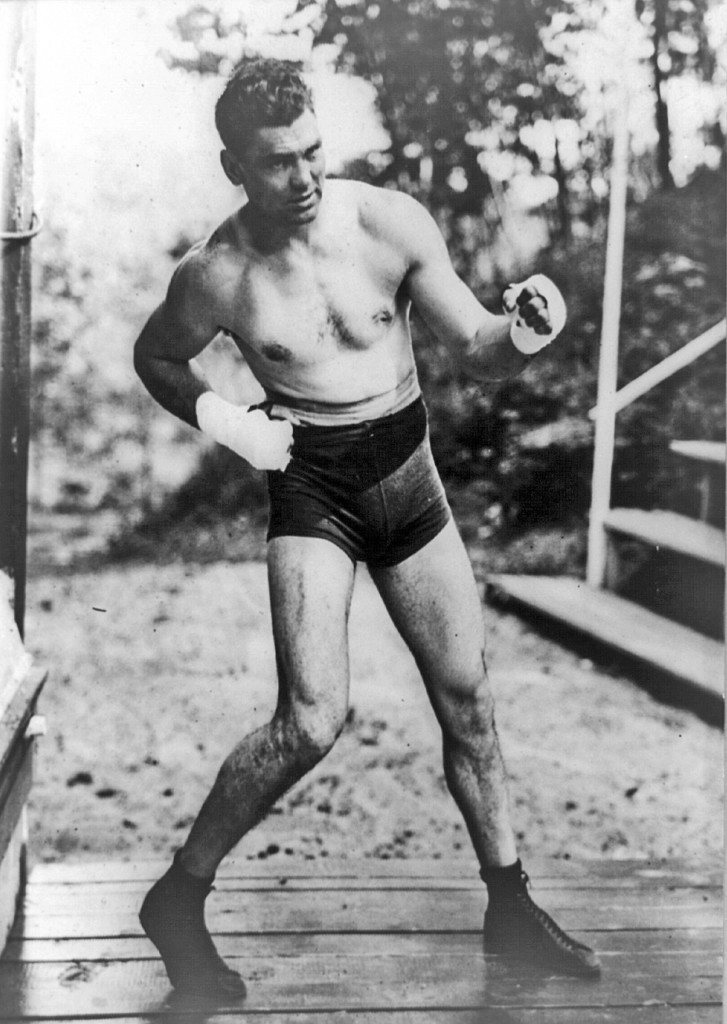 William Harrison “Jack” Dempsey was born on June 24, 1895 in Manassa, CO. He grew up poor. Jack’s father had trouble finding work and Jack helped out by working when he just a young boy. He left home when he was sixteen. To make money, Jack would go into a bar and challenge someone to a fight.  He almost always won!

Jack started boxing professionally around 1914. He had two nicknames, “Kid Blackie” and the “Manassa Mauler.”1“Neither Greg Nor Gibbons Are the Class.” Daily Journal, March 22, 1922. CHNC Even though he started making money as a boxer, it wasn’t enough and he still had to work so he found worked in the shipyards. By 1918, Dempsey was boxing all the time. In that year, he had seventeen fights! He only lost one and was known to knockout his opponents, often in the first round.2“Sports and Athletics.” Herald Democrat, February 25, 1918. CHNC

On July 4, 1919, the World Heavyweight Championship was held in Toledo, OH. Jack fought Jess Willard and won.3“Dempsey Wins.” Silverton Standard, July 5, 1919. CHNC He held on to the title of World Heavyweight Champion for the next seven years, then lost the title to Gene Tunney after 10 rounds.4“The Big Fight in a Nutshell.” Daily Times, September 23, 1926. CHNC Jack’s fights became very popular. When he fought Georges Carpentier in 1921 in New Jersey, it made one million dollars and 91,000 people came to see the fight.

Due to Jack’s popularity, he became quite famous even with people who did not like boxing. He appeared in Hollywood movies and traveled the country going to fairs and exhibitions.5“Carpentier in Denver Tonight!” Aspen Daily Times, July 7, 1926. CHNC This made Jack very wealthy.

After boxing, Jack opened a restaurant in New York, got married and divorced three times (with his fourth marriage he found success), acted as a boxer in the movie The Prizefighter and the Lady,9Craig Empire Courier, July 4, 1934. CHNC and wrote three books. On May 31, 1983, Jack died from a heart attack in New York City.