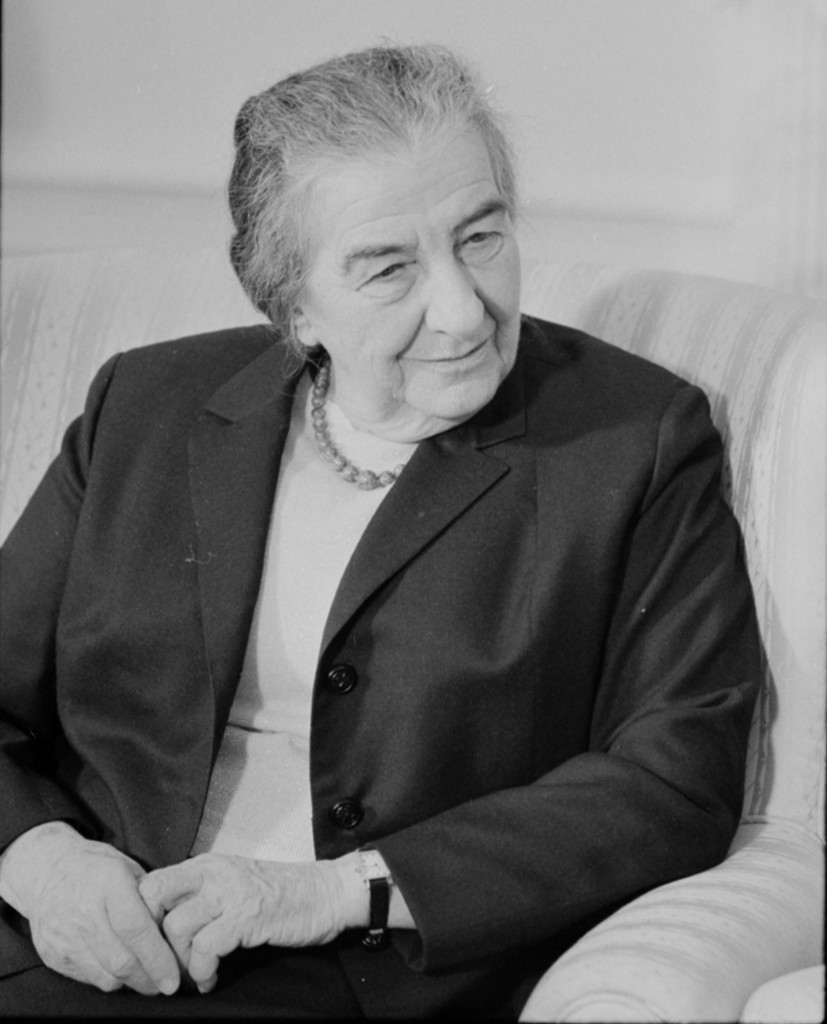 Why Important: Prime Minister of Israel

A child of Jewish parents, Golda was born in Kiev, Russia. The family migrated to America when Meir was nine.1“Passing Show.” Record Journal of Douglas, August 13, 1948. CHNC Determined to get an education, Meir ran away from her parents’ home in Milwaukee to live with her sister in a Jewish neighborhood in Denver, where she enrolled in high school. It was in Denver that she discovered Zionism.2“Zionists Hopeful.” Record Journal of Douglas, February 5, 1915. CHNC   Enthralled by society’s debate over gender roles, the Social Zionist movement, and the future for Jewish people, she married Morris Meyerson in 1917. They soon sailed for Tel Aviv. Meir moved quickly up the political ladder and eventually became secretary of the Women’s Labor Council. In 1948 she helped write the Israeli Declaration of Independence.3“Palestine Jews Proclaim New State of Israel, Attacked by Arab Armies; U.S. Victim of Russian Propaganda.” Eagle Valley Enterprise, June 4, 1948. CHNC  At age 70, Meir became Israel’s fourth prime minister.