This week we have already had very warm sun, afternoon thunderstorms, lovely long days, and the Fourth of July! This also means that it is time for summer barbecuing! Truly, what is July Fourth without a barbecue? Barbecuing has been a long-standing tradition as part of our Independence Day activities. This is especially evident in our Colorado newspapers. 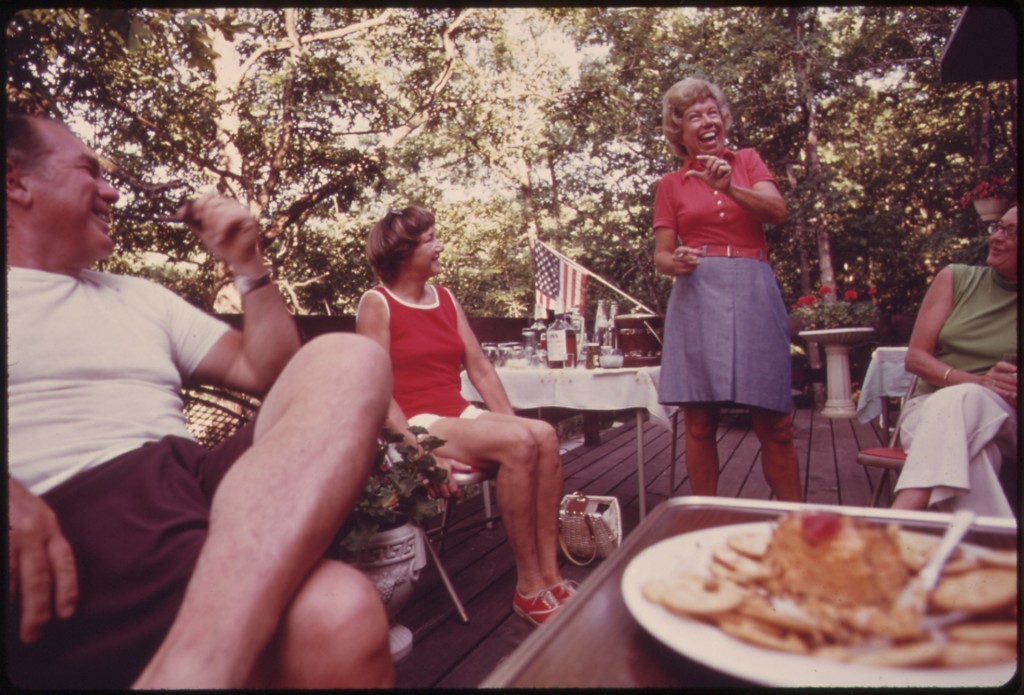 In 1879, a whole ox was roasted in Evans, for their July Fourth celebration.1Saguache Chronicle, June 28, 1879. CHNC They had to be sure the meat was sufficiently flame-broiled when serving it to reporters at the town’s barbecue because if it was a bit on the rare side, it would have made the news.2Leadville Daily/Evening Chronicle, July 7, 1890. CHNC The barbecue was often (and still is) used to entice attendance to a town’s Independence Day celebration. This was especially true when the event was also a fundraiser, such as for the “old folks home” in Walsenburg.3Walsenburg World, June 14, 1904. CHNC On occasion a promoted celebration, which in one case included “nice juicy pea fed pork steaks”, had to be abruptly canceled, disappointing the local citizens and depriving them of a much anticipated barbecue.4Alamosa Journal, July 1, 1915. CHNC

Independence Day isn’t the only time to barbecue; the whole summer is! Interestingly, true outdoor barbecue recipes didn’t really start making an appearance in the newspapers until the early 1940s.  Even then recipes called for using the barbecue as an outdoor stove, rather than as a grill.5“Household Memos.” Eagle Valley Enterprise, July 16, 1943. CHNC In fact, most of the “barbecue” recipes consisted of using an oven.6“Household Memos.” Aspen Daily Times, January 11, 1951. CHNC

Outdoor grilling recipes (or how we more commonly think of contemporary barbecue) surfaced within the newspaper columns in the 1960s, where large portions of meat such as a roast7“Sally’s Sallies.” Steamboat Pilot, July 6, 1961. CHNC or whole chicken recipes8“Covered Chuckwagon Chicken.” Douglas County News, November 16, 1967. CHNC could be attempted on the grill. By the 1970s, non-traditional American recipes could also be found, such as the “out of the ordinary” recipe for kabobs.9“Cooking with Molly.” Douglas County News, May 27, 1971. CHNC Thinking of the grill in new and exciting culinary ways really took off about 25 years ago and has remained a place of foodie innovation ever since.10“Dinner on the backyard grill.” Louisville Times, July 15, 1992. CHNC

Of course one cannot go wrong with a delightful hamburger recipe or two. A dillburger sounds lovely. Perhaps adding the potatoes directly to the burger as opposed to on the side sounds intriguing. And what burger is complete without bacon (the answer is no burger is)?11“Round Up Those Burger Recipes For Variety On Outdoor Grill.” Douglas County News, July 4, 1968. CHNC

Newspapers are a great resource for interesting recipes. Don’t forget to search CHNC as you may find something “new” to try.  Happy summer barbecuing!